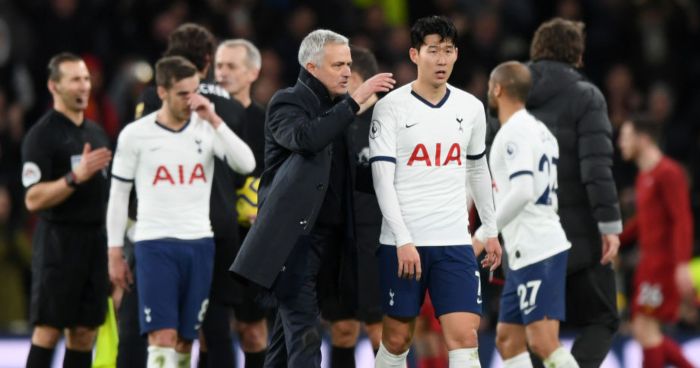 Tottenham players think the club is ‘heading backwards’ under Jose Mourinho, according to reports.

Mourinho enjoyed a good start in north London, winning four of his first five matches in charge, including a 5-0 hammering of Burnley at the Tottenham Hotspur Stadium.

Since then, they have managed three wins in ten matches with one of those victories coming in a FA Cup third round replay against Championship strugglers Middlesbrough.

Yesterday morning, a report claimed that Danny Rose and Mourinho were involved in a ‘training ground bust-up’ which the Portuguese coach came out and denied in the afternoon.

And now The Sun claims that Mourinho is ‘facing growing unrest’ as some of his Tottenham players are ‘dismayed by his old-school tactics and uninspiring training sessions’.

Mourinho was credited at the beginning of his spell in charge for getting the best out of some his players, including Dele Alli, but the report says that some of his leading players think the club has ‘regressed’ under the 56-year-old.

The Sun adds: ‘Training sessions are said to have an over-emphasis on long balls, flick-ons and throw-ins — regarded as being like “lower-league” sessions.’