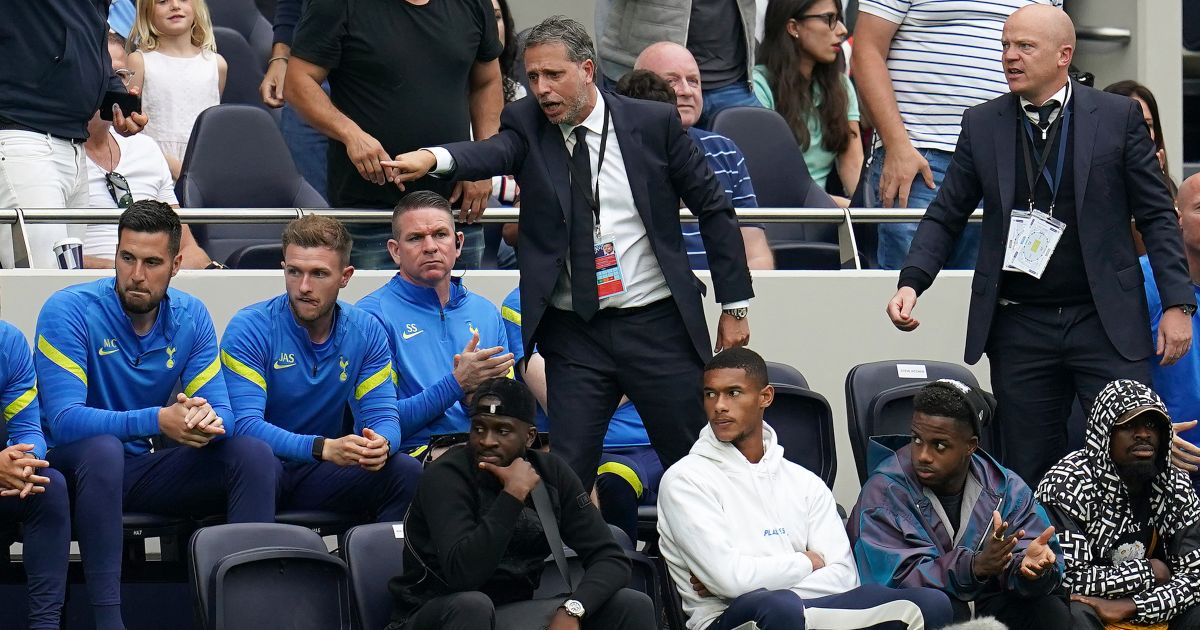 Tottenham players are reportedly unhappy with the animated behaviour of club chiefs on the touchline during games.

Fabio Paratici and Steve Hitchen, both directors at Spurs, have had seats on the bench for both Premier League homes games this season.

And despite Spurs being top of the league with three wins from three, a source told The Sun that some of the players are said to feel uncomfortable with the presence and conduct of Paratici and Hitchen.

The source said: “It just doesn’t sit right with the players.

“The substitutes on the bench don’t feel they are able to speak freely among themselves with those guys sitting next to them.

“The players as a whole don’t like it when the two of them are on their feet shouting at the match officials or the team.”

But the players will have to deal with the situation until October at least, as it’s understood that Premier League pandemic protocols require all staff in the ‘red zone’ to be seated together in designated areas.

It’s though that regulations will be reviewed at the start of next month.

Meanwhile, Paratici has opened up on the signing of Pape Matar Sarr from Metz.

The 18-year-old midfielder arrived for a reported £14.5million, but has been loaned straight back to the French side for the rest of the season in order to gain more experience.

Sarr gained admirers across Europe after breaking into Metz’s first team during the 2020/21 campaign, with as many as four Premier League sides were chasing his signature last month

On the signing, Paratici told Spurs’ official website: “I think Pape is one of the most talented in Europe. Our job is not to look just at tomorrow, but maybe also past tomorrow or next year. This is our job, and I think we made a great signing.

“In all of Europe they speak about this, a lot of teams were interested, a lot of teams were there to sign (him), so we made a very good signing. He needs experience, he needs to play games, to stay in one team and play regularly – a great investment for the club, and a great vision for the future.”