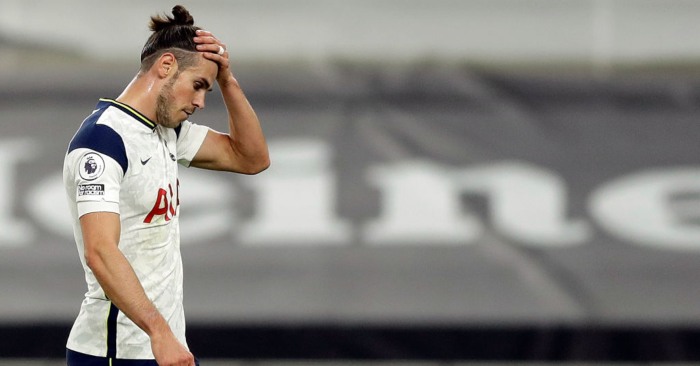 Not for the first time this season, Spurs have been found guilty of putting the cart before the horse. Bitten in the arse by an arrogance they’ve yet to earn, their failures so far this season have not owed anything to tactical issues. Their collapse against West Ham was symptomatic of a side who’ve prematurely begun to believe their own hype – having done absolutely nothing worthy of adopting an attitude even half as self-assured as the one that ultimately cost them.

Having now dropped points at home to Everton, Newcastle and West Ham – two of which came from eminently winnable positions – if you were to convert those results to two wins and a draw (which isn’t divorced from reality nor beyond the realms of possibility) they would be joint top of the Premier League, and likely ahead on goal difference. Instead, they are sixth, having done more to cement themselves as a meme than would-be title challengers.

While the Everton game can be disregarded in isolation – their transfer business had not yet been completed, their form yet to be found and it was a close game to start the season that could have easily gone either way – the negligence that cost them against West Ham was the same negligence that had been their undoing against Newcastle, conveniently controversial VAR handball decision aside. These are games that should have been trampled and killed. West Ham should have only been identifiable via their dental records. Yet instead, Spurs dropped yet more points at home, having downed tools in a manner they have not yet earned.

Most frustratingly, this is not a side who are unable to stick to task and apply themselves when motivated. Against the likes of Chelsea, Manchester United and even Southampton, they have been the model of application, but because they somehow see themselves as superior to Newcastle or West Ham, that same level of concentration and motivation wasn’t present for long enough to get the job done. Had they shown even an ounce of the desire that they showed in the dying moments of the first half – with Son closing down defenders at full pace and Harry Kane throwing himself into challenges in his own box – after the break, the result would not have been in question. Having held the lead for long enough and assumed the game was finished on both occasions, they have been punished twice, and are now four points poorer as a consequence. Having been a side with a reputation for being soft in the heart, Tottenham now appear to be soft in the head.

It would be easy – and, quite frankly, wilfully complacent – to disregard the end to the West Ham match as yet another freak result in a season of freak results, because there is a consistency emerging in Tottenham’s carelessness. In a modern context, Spurs have no right to be carrying themselves as if results are assured and success is guaranteed. This is a club that haven’t won a major honour for over a decade, and that was a League Cup – a trophy the likes of Swansea and Birmingham have since won, and a competition most now view as a hindrance and distraction rather than a real prize. They really should adopt some much-needed humility and self-awareness.

Spurs have the capacity to be a genuine contender in every competition they enter this season. Their squad, finally having added strength in depth, is amongst the most balanced and competitive in the division. Their coach, a man whose exploits have earned him standalone Netflix documentary episodes such is his reputation, is perhaps uniquely qualified to overturn the club’s modern tendency of being repellent to tangible success. While their mentality is clearly not an easy fix, it is not beyond repair, either. The same attitude that saw them re-emerge at Old Trafford after the break intent on inflicting more suffering should have been applied against Newcastle and West Ham – and that would be the same attitude that saw them come back against Chelsea and Southampton, too.

You can be forgiven for concentrating too heavily on individual errors and systematic failures, as they’re the most satisfying mistakes to curse. There is a catharsis to writing off Davinson Sanchez, wondering aloud why Harry Winks didn’t simply put his boot through the ball or questioning Mourinho’s decision to remove Tanguy Ndombele and lose the balance from his midfield – but what is ultimately being achieved as a result of that? It is much harder – and, therefore, much more worthwhile – to wrestle with the concept that there could be something fundamentally flawed with what is going on between their ears, rather than down at their feet.

There may yet come a time where Tottenham Hotspur are allowed to carry themselves with the arrogance of champions, but it has not come yet. Their greatest source of motivation should be the knowledge of who they are and where they’ve come from, and that they now have the ability to change that narrative. But if they divorce themselves from reality too soon, as they have now been guilty of on more than one occasion, it will be yet another in a long list of Spurs squads reeking with the stench of what could have been.