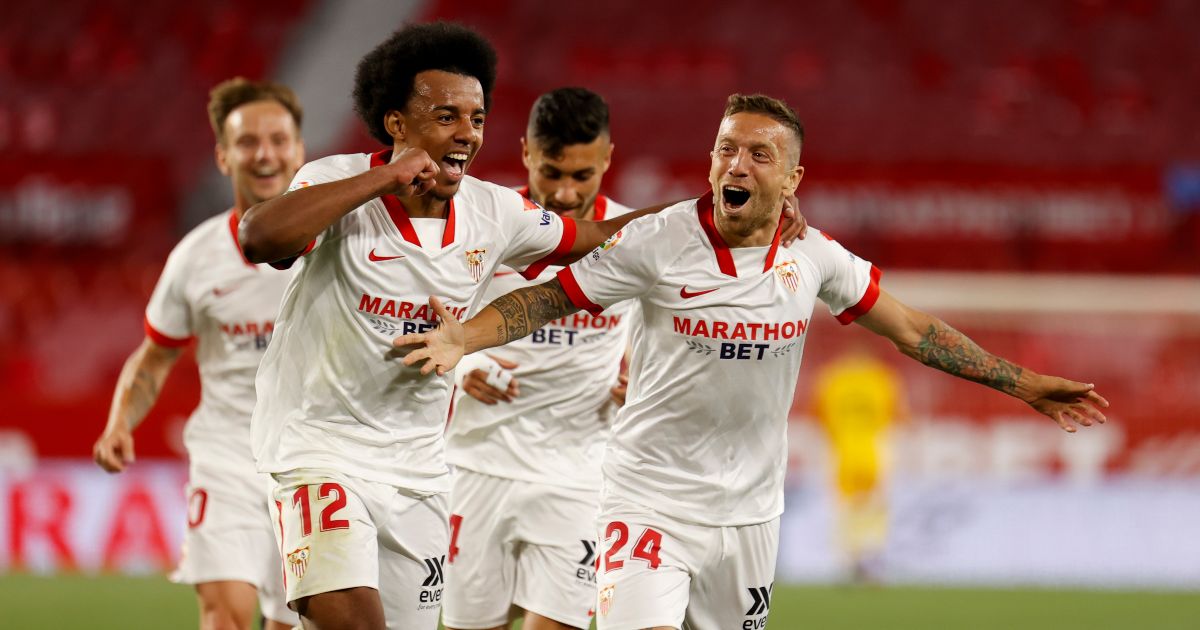 Spurs are ready to ramp up their interest in Sevilla defender Jules Kounde, according to reports in Spain.

With Nuno Espirito Santo now installed as Jose Mourinho’s successor in north London, Tottenham are starting to make moves in the transfer market.

Chelsea, Arsenal and Manchester United have all been linked with Kounde, with a report claiming the former were the ‘most likely’ to land the France international.

Despite that, a journalist said late last month that Man Utd had made an initial offer of €45m for Kounde, only for it to get turned down by Sevilla.

And the Red Devils have now put the potential Kounde deal on hold while they attempt to finalise a swoop for Real Madrid centre-back Raphael Varane.

Spanish website La Colina de Nervion backs those claims up, insisting that the recent agreement to buy Jadon Sancho means it is ‘impossible’ for United to pursue Kounde for the time being.

They do add that the Red Devils could be back for Kounde if they fail to get a deal over the line for his international team-mate Varane.

And that has left Spurs to swoop in with Nuno and Tottenham ‘really interested’ in a potential deal for Kounde, with the north London club ‘proposing an offer of £50m (€58.35)’.

Sevilla’s director of football Monchi is looking for closer to his release clause of €80m but that could mean Spurs would have to sell a valuable player, such as Harry Kane, to fund a move.

La Colina de Nervion continues by saying that Tottenham will look to land Inter Milan defender Milan Skriniar if they can’t get a deal for Kounde passed.

Mills told Football Insider: “I think they will go with a back three, that’s what he prefers.

“He’s got one wing-back in Matt Doherty and at left wing-back there’s Reguilon. I think he’s a really good player and good going forward.

“That lends itself to that and it’s what he knows and what he’s played before. I think there’s a really good chance that they will go with three at the back and those two will thrive.”