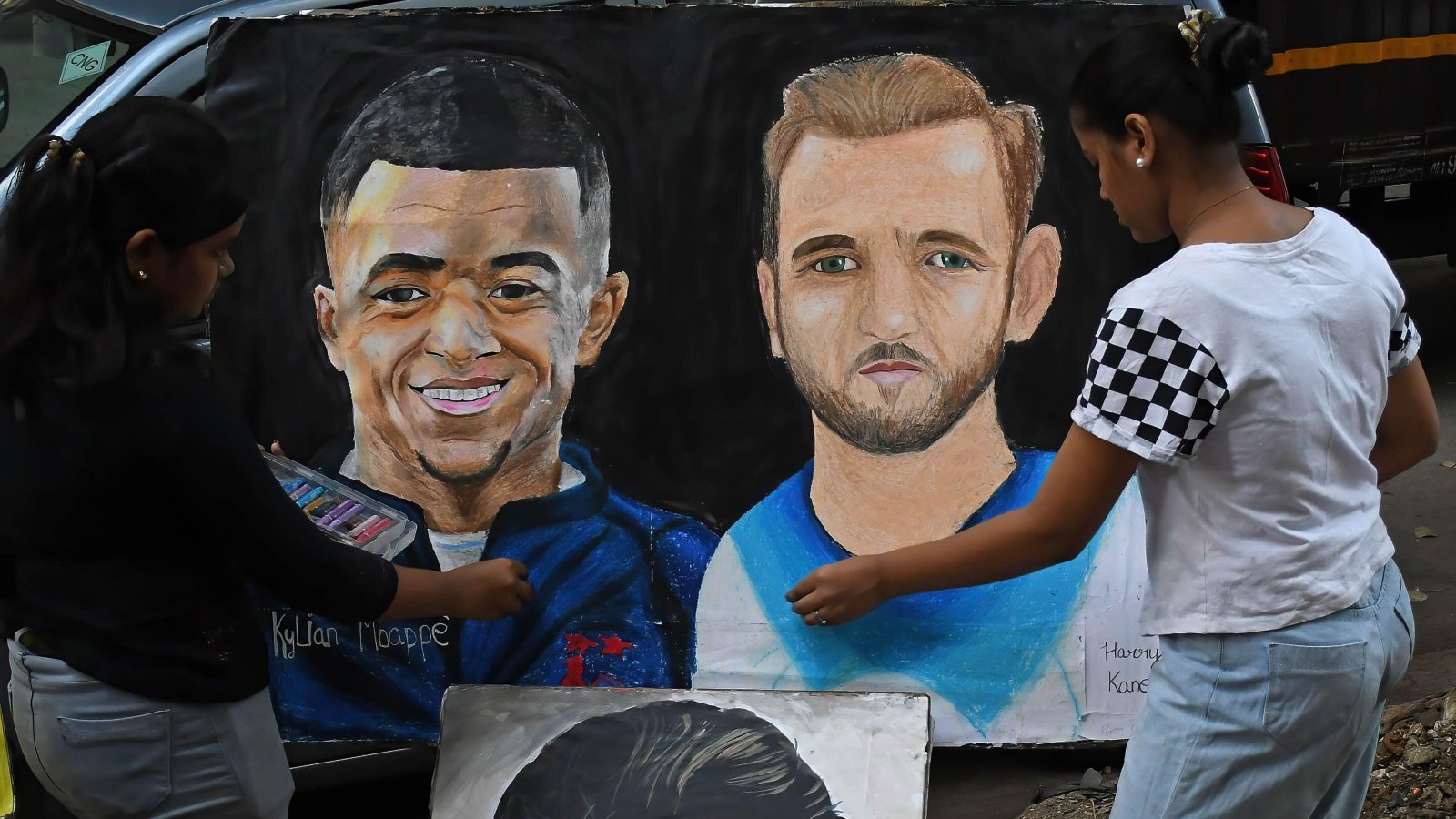 Former Spurs and Paris Saint-Germain boss Mauricio Pochettino says Kylian Mbappe and Harry Kane would create a brilliant strike partnership if they ever played together.

The Argentinian boss has managed both Mbappe and Kane during his 13 years in management, spending five years at Tottenham and 18 months at PSG.

Kane will come against Mbappe on Saturday as two of the best forwards in world football collide when England play France in a World Cup quarter-final.

And Pochettino says if he was to pick two attacking players from world football who would compliment each other’s games he would choose Mbappe and Kane.

Ex-Spurs boss Pochettino wrote in a column for The Athletic: “Harry is someone who does need to feel connected with the game. But Kylian is the opposite. If he doesn’t touch the ball, he’s relaxed. He’s so confident in himself, he knows that when the ball reaches him, he is still going to beat his opponent and do what he knows best.

“I know that Kylian looks up to the original Ronaldo — Ronaldo Nazario da Lima, the one I played against over 20 years ago. And if you can find any player from the past with any similarity to Kylian, the Brazilian Ronaldo is one of them. It’s in that capacity to accelerate, the technique, to dribble past opponents and score.

“Kylian also loves to watch football, and to talk about football. Sometimes, players with that much talent are not so interested in tactics, organisation and how teams play. They’re more focused on amazing goals or actions. But Kylian loves to talk about tactics and to understand the game.

“If we played a Champions League game on a Tuesday, and there was another one the next night, Kylian would be messaging me, asking what did I think about this tactical situation, or that one.

“I would ask him to come into my office the next morning so we could discuss it in depth, why one team would play a back three or four, defensive organisation, how to press, how to build from the back. He was so interested to talk and to discuss our ideas about football, mine and his.

“This is something that unites Harry and Kylian. They really love the game.

“And this is why I think it would be so good to see them playing together. They would be completely compatible. It could be similar to the bond that Harry has with Son Heung-min at Spurs. The connection would be amazing, and the two could share ideas about tactics and movements.

“Maybe it will never happen; when I was at PSG, I knew Tottenham would never want to sell Harry. And I never wanted to do anything that would affect Tottenham, because I love Tottenham.

“But maybe one day in the future, if I am at a different club, and if Harry has decided to leave Tottenham, maybe I would try to bring Harry with me.

“And so if you asked me to name two great attacking players who could play well together, it would be Harry Kane and Kylian Mbappe.”

READ MORE: Jack Grealish has clowned his way into a cheerleading role for England and Man City