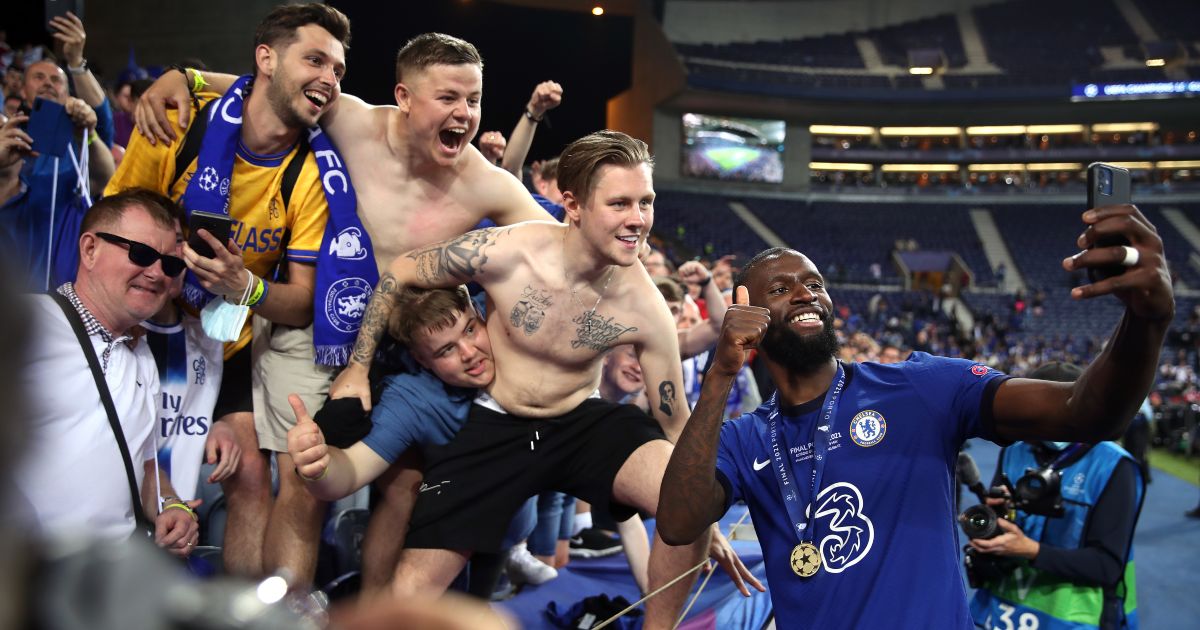 Spurs have decided not to pursue a deal for Chelsea defender Antonio Rudiger with the defender set to sign a new contract at Stamford Bridge, according to reports.

The Germany international was heavily linked with a Chelsea exit in the summer after falling out of favour under former boss Frank Lampard.

Rudiger was brought back into the first team just before Lampard was sacked but he has been revitalised under new manager Thomas Tuchel.

An amazing second half of the campaign has seen Chelsea clinch a top-four berth and win the Champions League.

Tottenham had been linked heavily with a move for Rudiger but Football Insider now claims that Spurs ‘are set to pull the plug on their pursuit of’ the 28-year-old.

His current contract at Chelsea is only a year away from expiring but the Blues ‘will offer him a huge new contract to stay’ put.

Spurs ‘have kept tabs on the Germany international’s situation’ but will now ‘turn to more readily available targets as they look to recruit a top-class centre-back’.

Bringing in a new centre-back is ‘one of the top priorities’ for Tottenham this summer with the club’s recruitment department looking to improve on Eric Dier, Toby Alderweireld and Davinson Sanchez.

Despite what Football Insider claims, a Sky Sports report on Monday said that Chelsea are ‘yet to open talks with Antonio Rudiger and his representatives over a new deal’.

“We all did well. From the front to the back, everybody defended properly,” Rudiger told Chelsea’s official website.

“But at the end of the day, us defenders are the last line, so we have to do the job well and we did it excellently.

On winning the Champions League, Rudiger added: “It makes me feel proud. This is something I couldn’t imagine, but now it’s finally true and I will need some days to realise it.

“And the chances you have, you need to finish them off, and we knew that we were going to get the chance.”