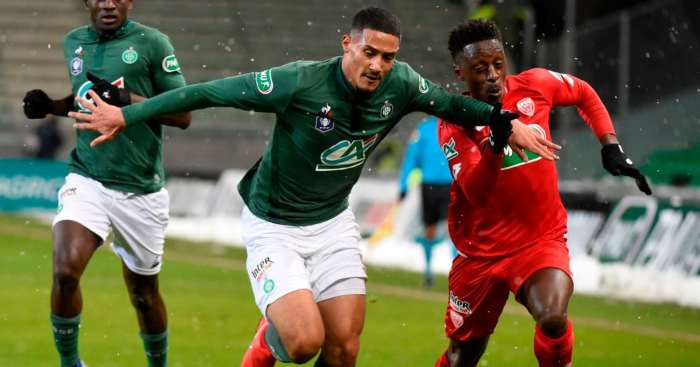 Arsenal have made their first move for St Etienne teenager William Saliba, according to reports in France.

Saliba has been linked with a number of leading European clubs, including both Manchester sides and Borussia Monchengladbach.

Arsenal appeared to have edged ahead in the race just over a week ago, with FootMercato reporting that they have agreed terms with the player himself.

They said that Saint-Etienne became ‘aware of having a real nugget in their hands’ after the 18-year-old broke into the first team midway through the campaign, and so quickly extended his contract to run until 2023.

It is a deal Saliba is unlikely to honour in its entirety, however, as Arsenal ‘have concretely accelerated’ on their interest and have ‘found an agreement’ with the centre-half over a long-term contract.

Chief football editor for RMC Sport Mohamed Bouhafsi has backed up these claims on Tuesday by claiming the Gunners ‘already agree with the player’ and adding that they have made their first offer of €30million for Saliba.

Tottenham are understood to have ‘entered the file’ which has sparked Arsenal into action over Saliba as they are keen to secure a deal.

Bouhafsi adds that St Etienne are ‘completely adamant that William Saliba must be loaned back for the 2019/20 season – not budging on that.’

#Arsenal have submitted an opening €30m bid to St Étienne for William #Saliba. St Étienne completely adamant that William Saliba must be loaned back for the 2019/20 season – not budging on that. #RMCsport

Big statement of intent from Arsenal to meet St Étienne's fee demands with 1st bid. Reasoning behind this is the strong competition from Tottenham – Saliba has already agreed terms with Arsenal & they want to take advantage of being in pole position to close a deal quickly.