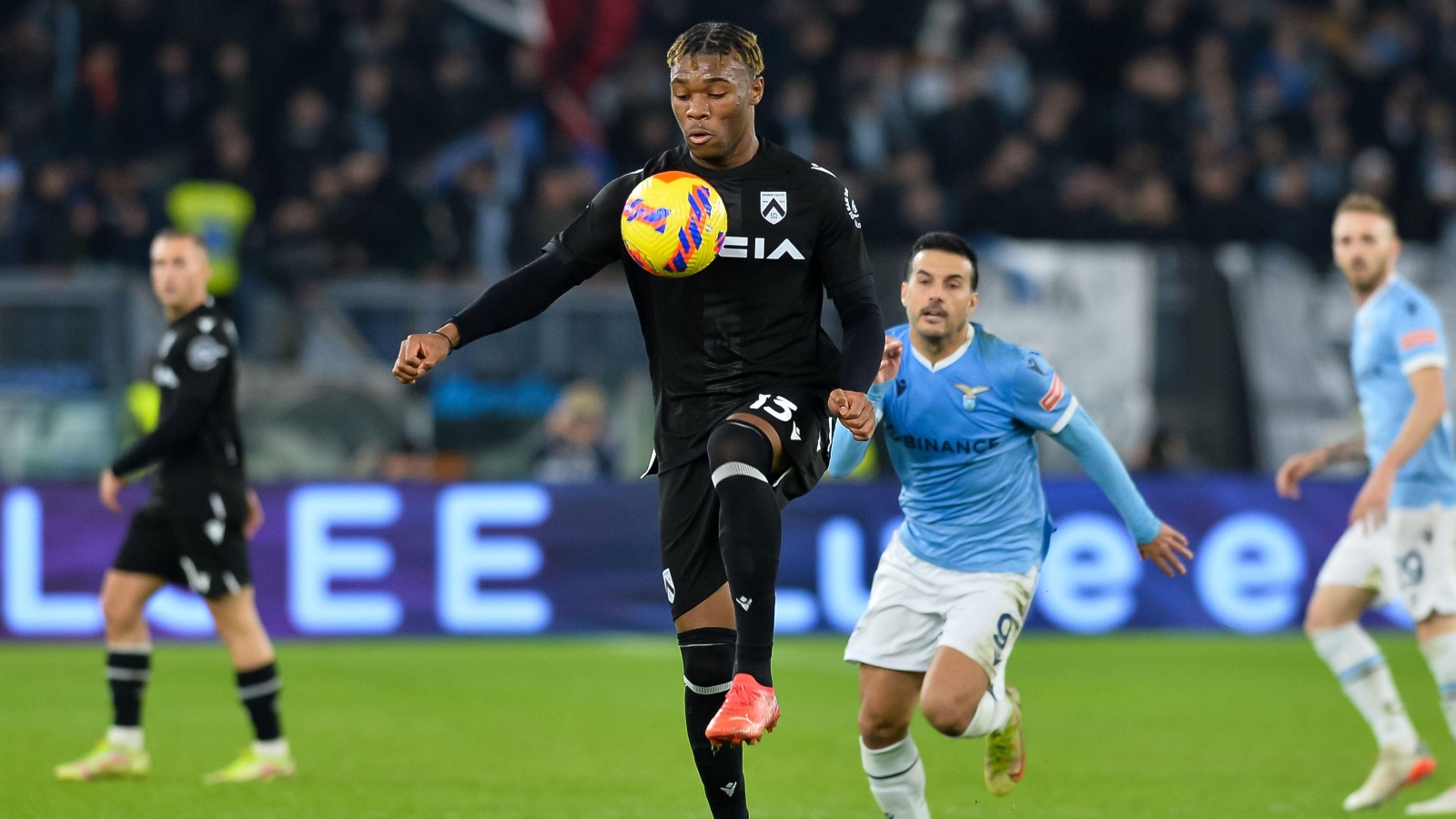 Tottenham have ‘reached a verbal agreement’ to sign left-back Destiny Udogie, according to reports in Italy.

Spurs boss Antonio Conte is said to have ‘personally recommended’ the Udinese star to Fabio Paratici and Daniel Levy, who have moved quickly to strike a deal.

That’s according to Calciomercato, who claim the Spurs chiefs have swooped to agree £20m fee with Udinese.

Udogie notched five goals and three assists for the Serie A side last term, playing at both left-back and left wing-back – versatility that’s likely to have attracted Conte.

The report claims representatives of the 19-year-old have been in contact with Paratic for over a month and now an agreement has been reached with the Pozzo family, the Udinese owners.

Inter Milan, Lazio, Roma and Manchester City were also reportedly in contention to sign the Italy U21 international, while Brighton are also said to have had some late interest as they look to replace Chelsea-bound Marc Cucurella.

Speaking last year, Udogie previously outlined his desire to play in the Premier League, stating: “I would like to head out [of Italy], maybe England.”

You could say it’s his Destiny…

Udogie is expected to return to Udinese on loan as part of the deal and will join up with his Spurs teammates next summer.

One of those teammates could be Nicolo Zaniolo, as Paratici continues to push for a deal for the Roma star.

Reports have previously claimed that they have made a £30 million bid for the Italy international, though Jose Mourinho’s side want at least £41.8 million.

But La Repubblica claim Spurs haven’t given up hope and Paratici has made a ‘unique offer’ for the teenager.

It’s claimed the Tottenham director is willing to offload both Japhet Tanganga and Tanguy Ndombele – both of whom are said to be of interest to Mourinho – in a straight swap deal with ‘no cash on the scales’.

But Roma are said to have snubbed that offer, with Mourinho instead asking for Oliver Skipp in exchange, a proposal Spurs have already rebuffed.

There is clearly room for manoeuvre though with the clubs in talks over a move for Zaniolo, and according to Gazzetta dello Sport, several Tottenham players invited the youngster to join at the weekend when Spurs faced Roma in a friendly in Haifa.