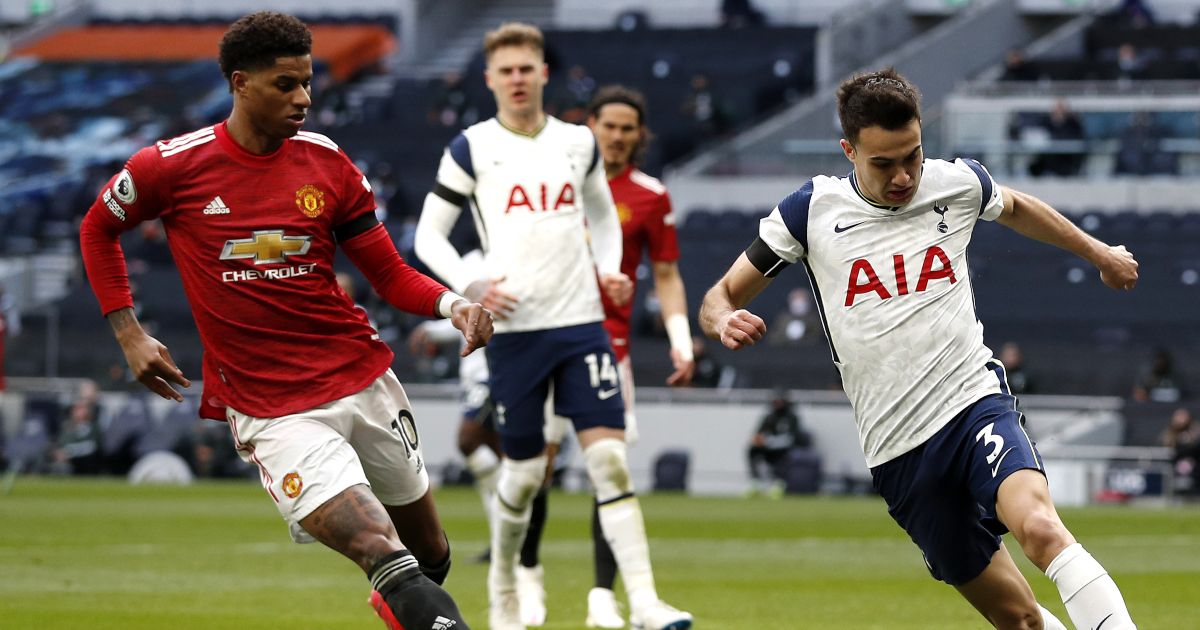 Tottenham have been leaking goals recently with Jose Mourinho’s side conceding 10 goals in their last five matches in all competitions.

Their defeat to Manchester United over the weekend, which saw them ship three goals, means they are now six points off fourth with only seven matches still to play.

And Agbonlahor picked out Reguilon for criticism against United, comparing his defensive abilities to that of Liverpool star Alexander-Arnold, who was recently left out of the England squad.

“Reguilon is good going forward but with him, you’ve got the same argument you have with Trent Alexander-Arnold and England,” Agbonlahor told Football Insider.

“He’s a very good player but with those centre-halves next to him you can’t be so poor defensively.

“The Greenwood goal, the manager would probably sack you in my day if you defended the way he did. It was so easy to get past him and shoot.

Meanwhile, Alan Shearer recently picked out Reguilon as having a “torrid time” in their 2-2 Premier League draw with Newcastle United ten days ago.

Speaking on BBC Sport about Newcastle’s performance, Shearer said: “It was a much more ambitious approach in every way and it allowed them to create lots of chances.

“They had more shots, 17, from inside the opposition box than they have managed in any other Premier League game this season.

“The fact Tottenham were so bad defensively obviously helped too – I said to Ian Wright before the game that I did not have great confidence in the Spurs back four and that Newcastle could cause them problems, and they did.

“It wasn’t just the goalscorers who stood out, either. Jacob Murphy was excellent down the right-hand side and gave Sergio Reguilon a torrid time throughout, while Allan Saint-Maximin showed great energy on his return from injury.”

Mourinho also criticised his defence after the match against the Magpies, he said: “We created some instability with so many individual defensive mistakes that we made.”