Tottenham are looking for a more natural centre-forward to provide competition for Kane up front. 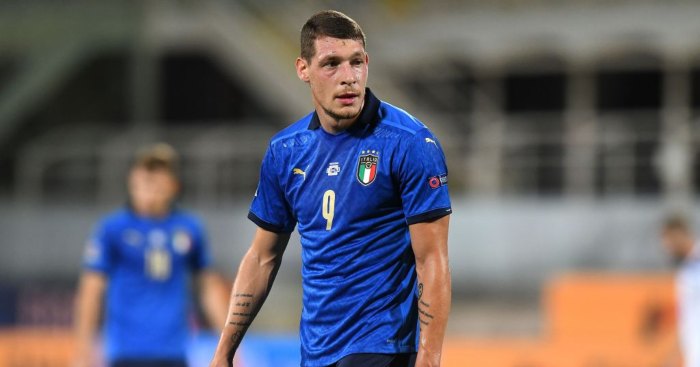 Spurs are ready to up their bid to sign prolific Torino striker Andrea Belotti, according to reports in Italy.

Harry Kane remains the only out-and-out centre-forward in Tottenham’s squad, with Jose Mourinho well aware of how they might struggle without him.

Son Heung-Min has been able to fill in up front on occasion, while Lucas Moura is another stop-gap option. But Tottenham are now looking for a more natural centre-forward to provide competition for Kane.

And Belotti could be a good option, having scored 92 goals in 192 matches in all competitions for Torino since joining from Palermo in 2015, with 22 of those coming in the last campaign.

Belotti was heavily linked with a move to the Premier League in the summer of 2017, having scored 28 goals in 38 games for Torino in the previous campaign.

Links to the likes of Manchester United, Arsenal and Chelsea have dried up over the past couple of seasons with his goal return dipping.

However, after showing his best form again for Torino last term, it seems Tottenham are now interested in bringing the 26-year-old – who has 28 caps for Italy – to north London.

A report on Saturday claimed that Spurs have lodged a loan to buy bid for the talismanic frontman. Under their proposal, Spurs asked to loan the Italy striker for the season with an option to buy for €50m (£46.2m) next summer.

Torino rejected their opening offer but La Stampa now reckons that Spurs ‘does not give up’ on Belotti and are prepared to ‘relaunch’ an offer for the Italian.

The report in the Italian publication adds that Tottenham will ‘rise above the first offer of’ €50m and the ‘next assault is upon us’.