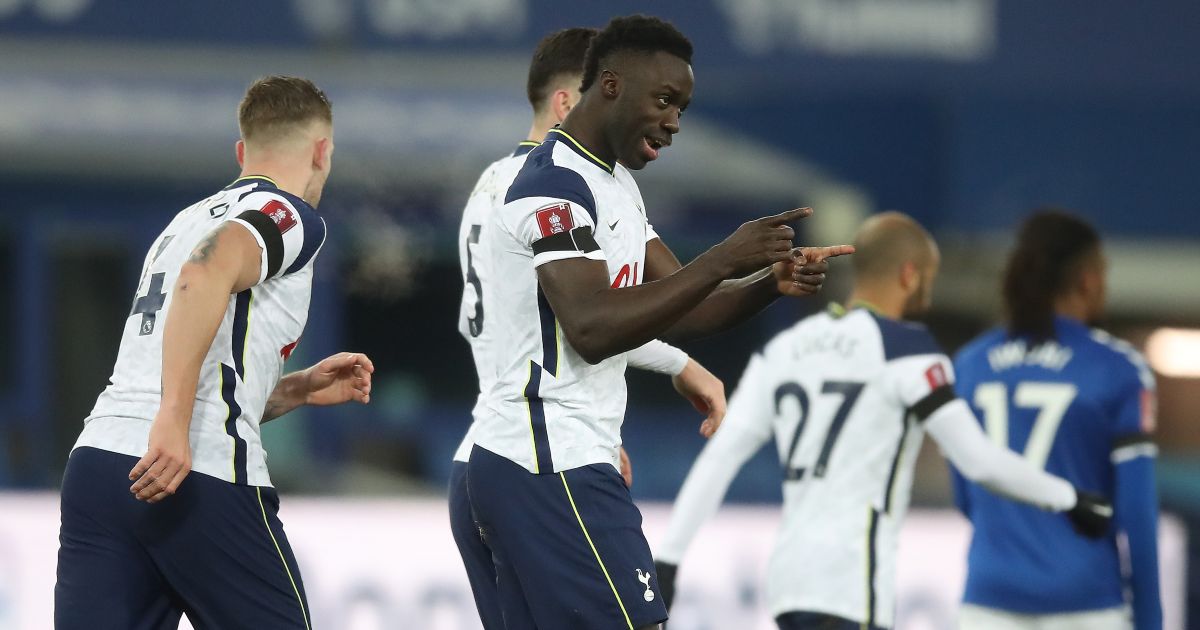 Tottenham defender Davinson Sanchez is adamant he never wanted to leave the club in January.

The centre-half found himself out of Jose Mourinho’s Premier League team during the autumn, not featuring between October and the end of December, and reports suggested he would be keen to leave if the situation did not improve.

However, Sanchez knew his opportunity would come again and he has been proved right, starting the last seven league games and looking assured in the backline.

Asked whether a move away crossed his mind in the January transfer window, he replied: “Never! Never! Football is that way and it gives you the chance to bounce back in these situations.

“That’s what happened. Also I didn’t think that I had to play because I was playing before. No, no, I never said that.

“We all have that moment. You just have to be helpful and supportive and of course knowing that when I am recalled I’ll get back at my best so the team is going to be there for me too.

“I can’t expect that the team will be losing because I wasn’t playing. That’s never come from me.”

Sanchez’s time out of the team coincided with the arrival of his first child, but he says that did not affect him at all.

“I’ve been training, I’ve been preparing myself and involved in the team also,” he said. “So for me nothing changed. Of course the baby came, which is good.

“I’ve been talking with the manager and my team-mates also, which was very good for me during that period when I was not playing often.

“You’re part of the team and you just need to accept that in the moment you need to work to get back in the team and be back involved with everybody and keep pushing yourself.

“So for me it was a good time anyway because I just realised I could be even happier.”