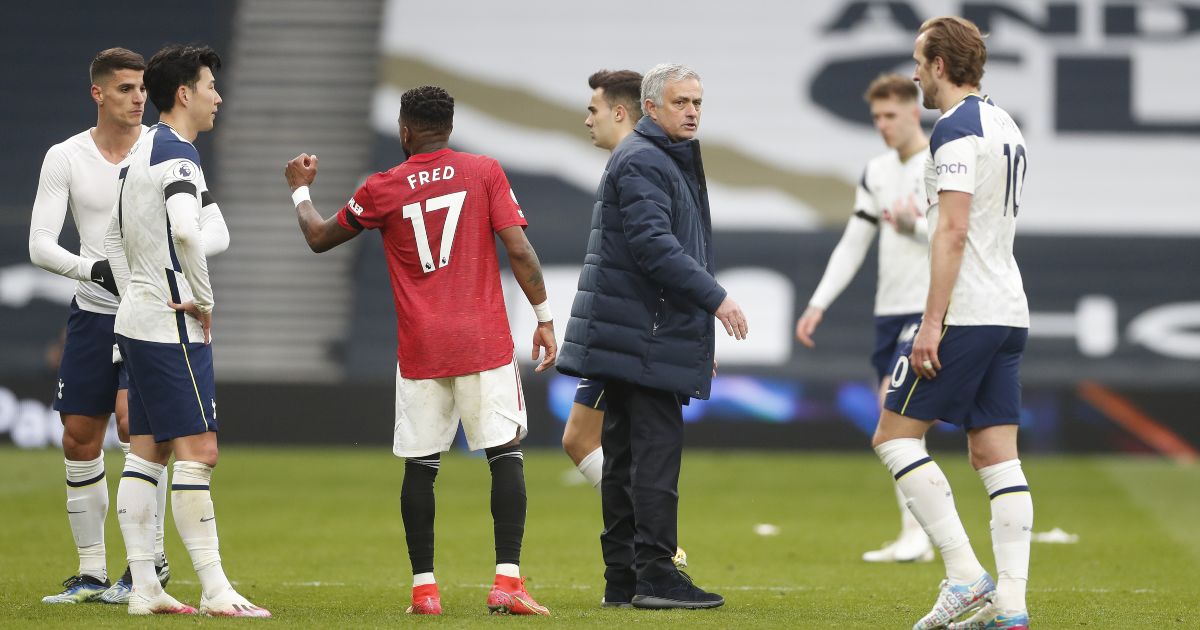 Spurs will have to sell a number of players this summer before they can bring in their own transfer targets, according to reports.

Jose Mourinho is under pressure at Tottenham after their latest loss against Manchester United left them six points off the Premier League’s top four.

If the Portuguese coach – who will take his Spurs side to Wembley later in the month for the Carabao Cup final – stays then he will be looking to improve a number of positions with his defence a particular concern.

Tottenham have been guilty of throwing a number of leads away in the second half of matches this season with Mourinho getting particularly frustrated at a number of players.

And now the Daily Mail is predicting a busy summer at Spurs with the club ‘set to prioritise strengthening their defence this summer’.

However, the newspaper reckons the Premier League club ‘will have to sell players first amid significant financial constraints’ and ‘will aim to sell a host of players in the hope of raising funds and freeing up wages’.

It is understood that Spurs want to bring ‘a new goalkeeper, right back and central defender’ to the club in the summer transfer window but that ‘some intermediaries have already been told that the club must sell before they buy’.

Following a disappointing season in the Premier League and Europe, Tottenham will look to sell ‘at least six players’ this summer as they look to rebuild their squad.

The Daily Mail adds that Serge Aurier, Hugo Lloris, Erik Lamela and Juan Foyth’s futures at the club are on shaky ground, while Danny Rose will definitely leave.

Both Gareth Bale and Carlos Vinicius look set to return to their parent clubs in the summer after mixed and expensive loan spells.

Dele Alli and Harry Winks are named in the report as potential outgoings if Mourinho stays put, while Burnley’s Nick Pope and Wolfsburg’s Koen Casteels are said to be possible goalkeeper targets.

Meanwhile, Spurs’ 3-1 loss to Man United means that they have dropped 18 points from winning positions this season, 14 of them coming from goals conceded in the final 15 minutes and Mourinho, without wanting to give his own analysis, said that the statistics speak for themselves.

Mourinho said: “The pundits can say what they want. Many times of course right. Sometimes wrong. That’s nature of the job.

“I can’t say what I think. You know that. You know that. You sometimes want to bring me to deep questions, to deep analysis, but then when I go, I realise that I cannot go. So this is the kind of debate for pundits, journalists to have. Is much more difficult for me to go into that.

“I would say that one thing is opinions, another thing is facts. Opinions can be discussed, but facts, they cannot be discussed.

“If you go to certain numbers, to certain stats, you arrive to conclusions, facts, and then of course pundits, people with experience, with vision, with knowledge, they can have the opinions they want. Many, many times I would agree, other times I would disagree, but I don’t want to go into that debate.”