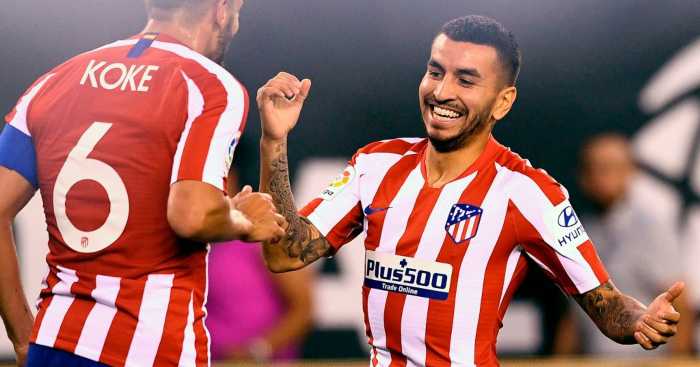 Tottenham could swoop in to land Atletico Madrid forward Angel Correa with his potential move to AC Milan increasingly at risk of collapse, according to a report in Italy.

Correa had been expected to join Milan in a €50m deal, but the Italian giants first had to sell Andre Silva to Monaco – a move which collapsed after the former Porto striker failed a medical.

Milan are now ready to sign Rafael Leao from Lille, after he arrived for his medical, and according to Calciomercato, that means Correa’s move to the San Siro, despite a verbal agreement being reached, is now “very much at risk.”

The bid was made up of €40m up front and €10m in bonuses that may not be realised, whereas Atletico wanted the bonuses to be ones that were more likely to materialise.

Spurs had been offered the chance to sign Correa when they sold Kieran Trippier to Atletico, but at the time, Tottenham turned it down.

Now, however, they could reconsider the situation, with Calciomercato claiming they are interested along with Valencia.

Mauricio Pochettino is in the market for another attacker, but recently admitted that transfer activity is “not in my hands” when asked about links with Real Betis’ Giovani Lo Celso.