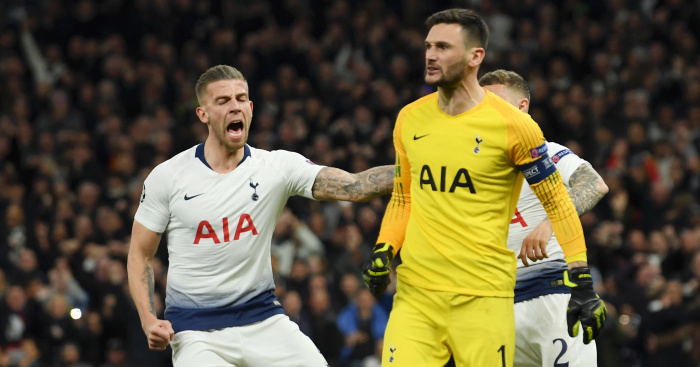 A 2-2 draw against Everton on Sunday ensured a fourth consecutive top-four Premier League finish and a third successive year finishing above Arsenal in the table.

Indeed, the Gunners were only ahead of Spurs in the standings for 48 hours of the season, but Lloris insists rivalry is not what was driving them on.

“We don’t look at that type of thing,” he said. “It probably can satisfy some people but it’s not the case for us.

“From the first day that the gaffer arrived, we always wanted to build something strong, be competitive in the Premier League and in European competition.

“This is what we’re doing, step by step. The target is still the same: to reduce the gap with the best clubs in Europe and I think we’re going in the right way.

“It’s like in life – you don’t have to look at your neighbour and compare.

“You need to think about and be focused on yourself to make a success of your life and develop and improve as a person and a professional.

“This is what we’ve done and we don’t want to stop. We want to carry on in the same way. It’s the perfect example.

“Every person tries to develop themselves and the best way is to be focused on yourself and not your neighbour.”