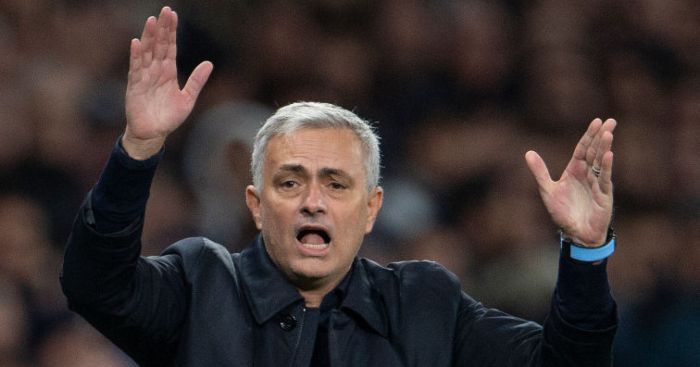 Tim Sherwood thinks Jose Mourinho is likely to throw his Tottenham players “under a bus” at some point.

The Portuguese boss has taken over from Mauricio Pochettino after the Argentine was sacked last Tuesday.

Spurs beat Olympiakos 4-2 on Tuesday night to make it two wins from two under Mourinho after beating West Ham 3-2 at the weekend in the Premier League.

And despite the good start Mourinho has made, ex-Spurs boss Sherwood had a warning for Tottenham‘s players.

“They have got to get used to it the players,” Sherwood told beIN SPORTS.

“They have got to get used to the dynamics of this type of manager. They have had Pochettino for five years.

“Now even when they weren’t playing well, he would protect them, publicly.

“Jose will throw you under a bus. I am not saying it is right or whether it is wrong.

“Jose Mourinho does not care. He does what he thinks is right, for the team, not the individual player.

“So if it means digging a player out in public and using him as an example, he will do that.

“Because he feels that is the best way to win trophies. Why would you change it?”