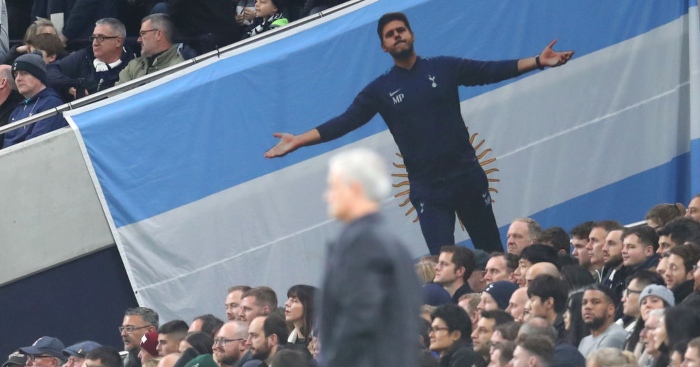 Ben Davies has picked out the differences in the management styles of Jose Mourinho and Mauricio Pochettino.

Despite reaching the Champions League final last season, Pochettino was sacked in November after a poor start to the season.

Mourinho replaced him and has had mixed success at the helm, improving the defence but struggling to find fluency at the other end of the pitch.

Davies was in and out of the team under Pochettino but has been a regular starter under the new boss, and has pinpointed the key differences between the two.

“Under Poch we very much had our style of play and it was just the high press, high intensity,” Davies told talkSPORT.

“We have a game plan for each game.

“In some games it hasn’t been what we’ve wanted but everyone is buying into the skill set that Mourinho has and we all know that he’s a top manager.

“He’s won everything there is to win so us as players have got to put our trust into him and the results will follow.

“We’ll go away in the summer and I’m sure we’ll do a lot of work in pre-season, get ready for it and next year has to be a different story.”