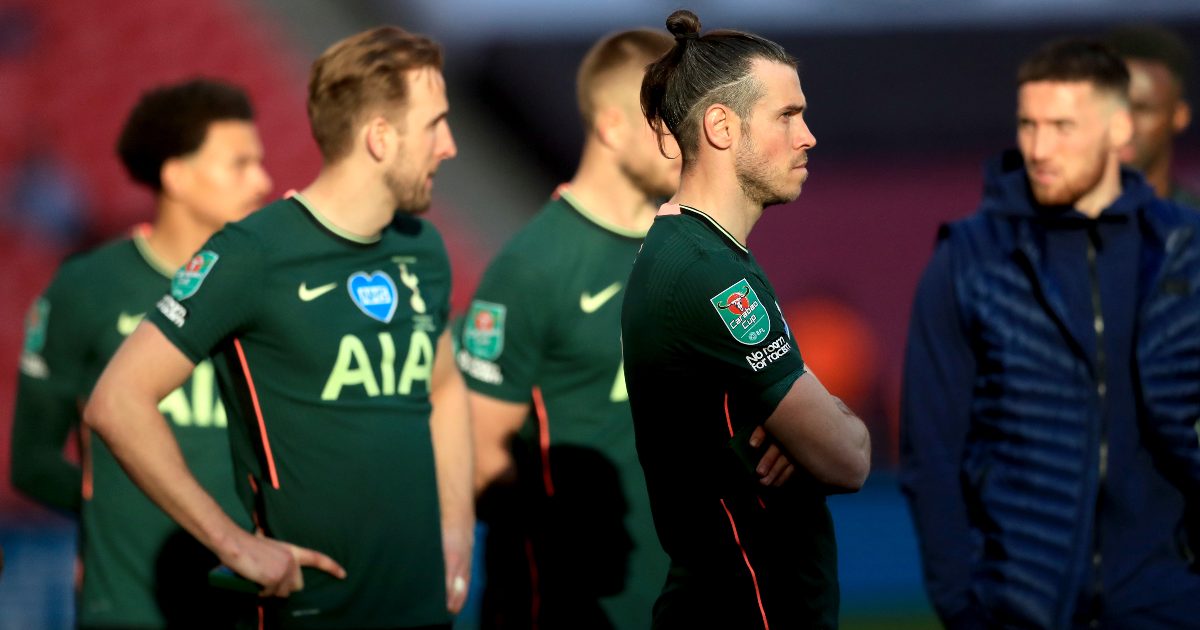 Spurs star Eric Dier has suggested that their Carabao Cup final defeat to Manchester City was “very tough” to take.

Dier has been the mainstay of a Spurs side that have challenged for honours over the last few years but have always fallen at the final hurdle.

Sunday’s 1-0 loss to Manchester City follows a 2015 League Cup defeat, heartbreak in the 2019 Champions League final and two Premier League challenges that fell away at the crucial moment.

This was another chance that passed by and it was one that left Dier close to tears.

“I am not going to lie, this one is very tough because seven years and to not have a trophy it hurts me deeply,” he said. “So, you have to go again. It’s tough.

“Very disappointed. Nothing else really I can say other than that. An opportunity to win a trophy and we have come up short, in the worst possible way with the goal we have conceded.”

Spurs did not deserve to get over the line as City dominated the match and racked up a number of chances.

But a mixture of heroic defending and wasteful finishing saw Spurs stay in the game until Aymeric Laporte scored an 82nd-minute header.

“With the way we have managed to get into the game at the start of the second half, built some momentum, survived the beginning of the first half when we knew it was going to be difficult, they are a great team, it’s disappointing,” Dier said.

“People had to deliver in moments, we did that as well, box tackles, interceptions and then we are just missing that little bit at the end when we did get possession.

“We got into some good positions with the counter attacks. They are a great side but the way we conceded the goal is disappointing.