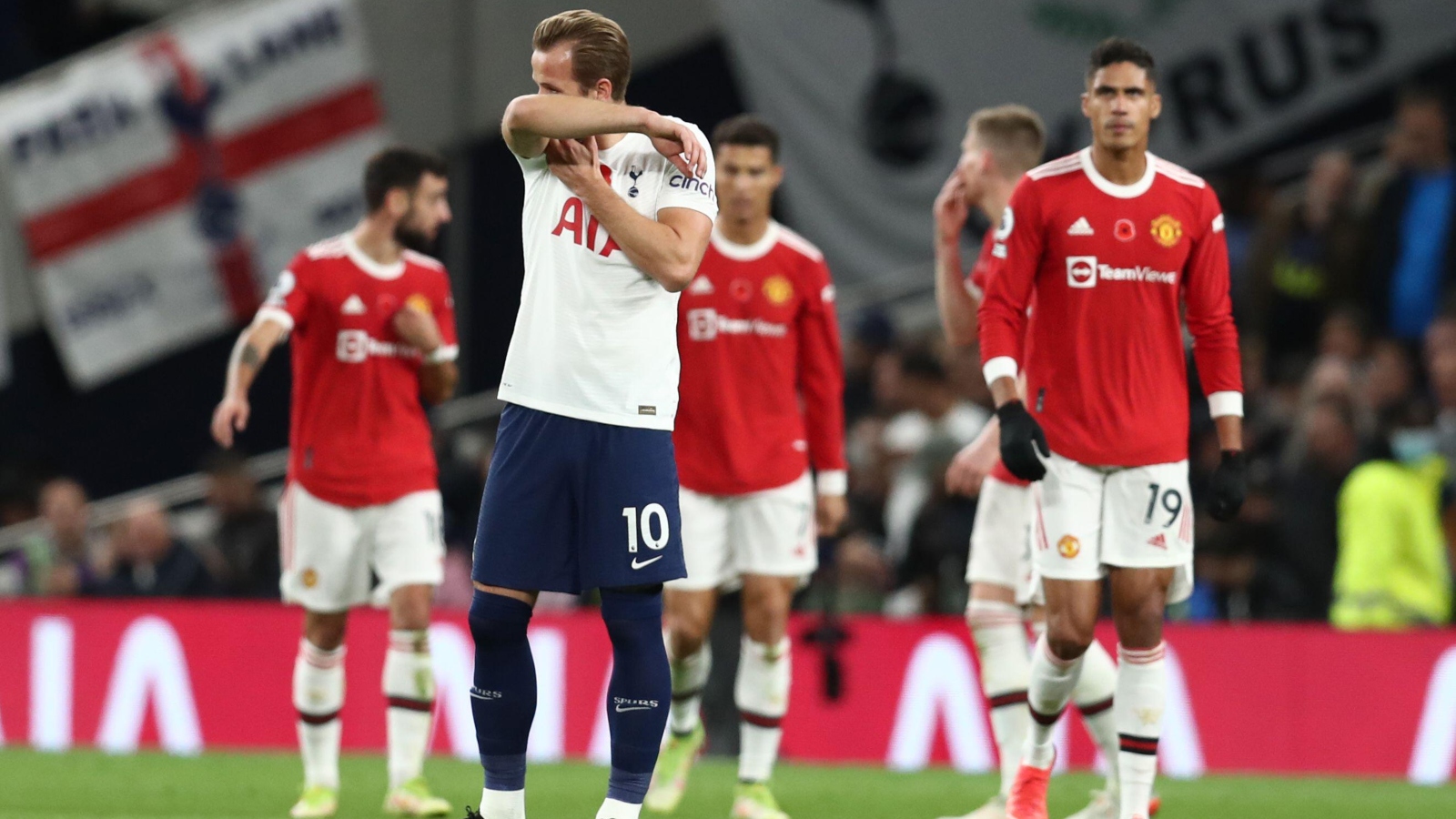 Spurs striker Harry Kane is on Man Utd’s shortlist of potential Cristiano Ronaldo replacements, according to a report.

Ronaldo returned to Old Trafford last summer and had a stellar 2021-22 campaign in front of goal.

He was still criticised for his overall contribution to the team despite being their standout performer in a disappointing season.

After reportedly pushing for a move in the summer, but failing to get one, Ronaldo came out and heavily criticised the club in an interview with Piers Morgan this month.

The Portuguese superstar burned all bridges with the club as a result and is now a free agent after having his contract mutually terminated.

This means there is now an ongoing search for his replacement at Old Trafford.

Man Utd were tipped to invest in a new No. 9 next summer, but their search has likely been brought forward to the upcoming winter transfer window with Ronaldo no longer at the club.

They were strongly linked with Napoli’s Victor Osimhen last summer and he is one of three players on Erik ten Hag’s shortlist of players who could replace the 37-year-old.

This is according to Spanish outlet Fichajes.

Osimhen has been excellent for Napoli this year and helped them top their Champions League group ahead of Liverpool this season.

Osimhen is expected to be on the move soon, though the Naples outfit are asking for at least £100million after investing around £70m in him back in 2020.

Unlike Osimhen, Martinez is currently at the World Cup as he looks to bounce back from Argentina’s 2-1 loss against Saudi Arabia.

He has previously been linked with Spurs and Arsenal, though their respective signings of Richarlison and Gabriel Jesus probably means they are no longer interested.

The 25-year-old formed a great partnership with ex-Man Utd striker Romelu Lukaku as Inter won the league in 20-21.

In 38 Serie A appearances that season, Martinez scored 17 and assisted 10.

Having agreed fresh terms lasting until 2026 last year, Martinez is expected to cost a pretty penny as well.

Transfermarkt value him at €75m though it has been said that Inter would ask for around €90m.

The report says Kane is ‘the main desire of the Red Devils’ and that manager Erik ten Hag sees him as a player who can ‘fit into’ his system.

Kane is out of contract in 2024, leaving Spurs in a difficult position.

They will obviously be eager for their talisman to agree new terms, though the opportunity to join a club like Man Utd could be too appealing to turn down.

Kane is yet to win a trophy in his career and probably has a better chance of doing so with the Red Devils, though they are going through a drought of their own right now.

Bayern Munich have also been linked with Kane, which would be an incredible move for him, but a transfer abroad will greatly hinder his chances of becoming the all-time leading scorer in the Premier League.

The report says that ‘everything will depend’ on what happens next summer, and if the 29-year-old has not signed a new Spurs contract by then, ‘the exit door opens’.

It is unclear where is next for Ronaldo after Man Utd announced that his contract has been mutually terminated.

The 37-year-old got his wish and is out of the club, but whether or not he receives any offers that he deems good enough remains to be seen.

According to Thursday’s Gossip, he might only have an offer from Saudi Arabia on the table…