Home Tottenham Hotspur Spurs star: Why Man City, Liverpool ‘should worry about us’ 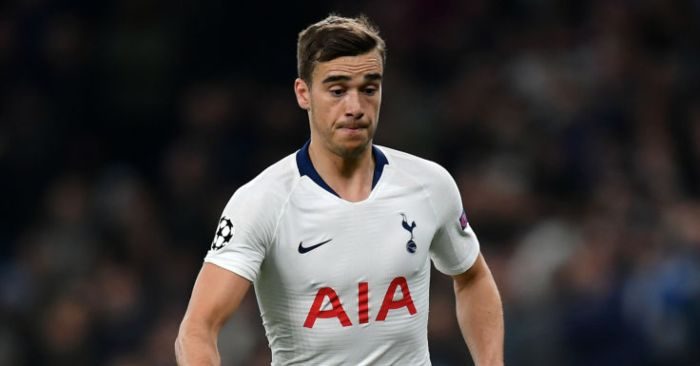 Harry Winks says Tottenham “go into every game knowing we can win and we can outperform them”.

Tottenham have started their Premier League campaign with a win over Aston Villa and a draw with champions Manchester City.

The latter result was impressive as they came from behind twice to avoid defeat against a Pep Guardiola side away from home – something that had only ever been done once before.

Winks started that game and believes it showed just what the Champions League finalists are capable of with their improved mentality.

“I think they should worry about us,” Winks told the Evening Standard.

“We’ve shown in the last few years we can compete with the best teams in the Premier League and Europe.

“The manager doesn’t allow fear in us. We don’t go into any game beaten mentally. We go into every game knowing we can win and we can outperform them.

“Our mentality going into every game is to be on the front foot, press and try to win. That’s probably why we came away with a good point.”

On City in particular, the midfielder added: “They’re an excellent side, they’re champions and you have to respect them but like all sides they have weaknesses and I think we exploited them, especially from the corner.

“We know how good we are. We know we’re a top side but when we come to places like this it’s important to get a result.

“At times it was messy, it was difficult but that’s what you have to do, especially at City. You expect City to have a lot of possession, which they did.

“But it’s important when you come here to weather the storm when you’re under the cosh, to stay in there and I thought we did that fantastically.”