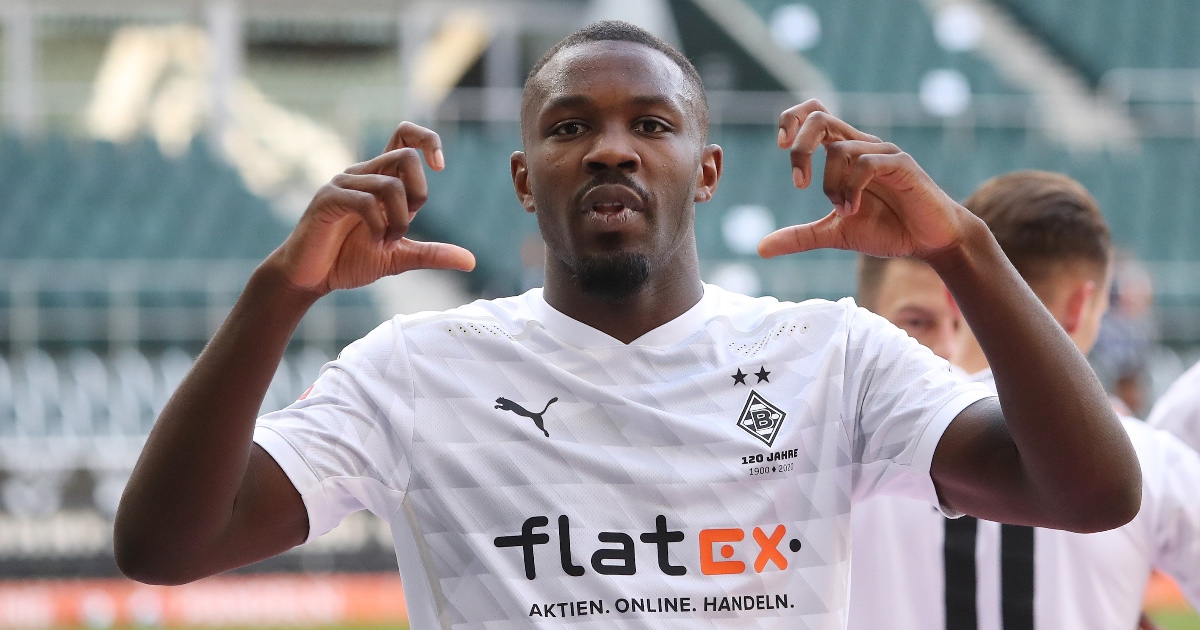 Talks between Spurs and Borussia Monchengladbach over the transfer of Marcus Thuram are at an advanced stage, according to reports.

The north London side are interested in making Thuram their first signing of the summer transfer window.

In the most recent campaign, he notched eight goals and seven assists in 29 Bundesliga appearances.

According to French outlet RMC Sport (via Express), Spurs have stepped up their pursuit of Thuram.

They’re keen to get a deal over the line soon and are locked in transfer talks with Gladbach.

The 23-year-old has caught the eye of Spurs scouts with his impressive displays in Germany.

The son of France legend Lillian Thuram, he looks destined to reach the top and could soon be playing in the Premier League.

It’s not yet clear how much Spurs will have to pay for his services, although Gladbach will want a significant fee.

Thuram is one of their prized assets. He was also their third top goalscorer in the season just finished.

Thuram, who will represent France at the upcoming Euros, is a clever and dangerous winger.

He possesses great off the ball movement and frightening dribbling ability.

Standing at 6ft 3in, he is not your average wide player. The Gladbach man is a threat from set pieces and can also hold up the ball well.

Spurs chairman Daniel Levy might be looking at Thuram as an option to replace Heung-Min Son. The South Korean international could leave this summer, alongside attacking partner Harry Kane.

With the right coaching and team-mates, Thuram has the potential to become almost as deadly as Son.

After being born in Italy during his father’s time with Parma, Thuram started his professional career with Sochaux in France.

He was soon snapped up by Guingamp while still a teenager. 21 goal contributions in 72 matches earned him a move to the Bundesliga in July 2019, where he has been ever since.

He managed two goals during the club’s Champions League campaign but they were ultimately knocked out by Manchester City in the last 16.