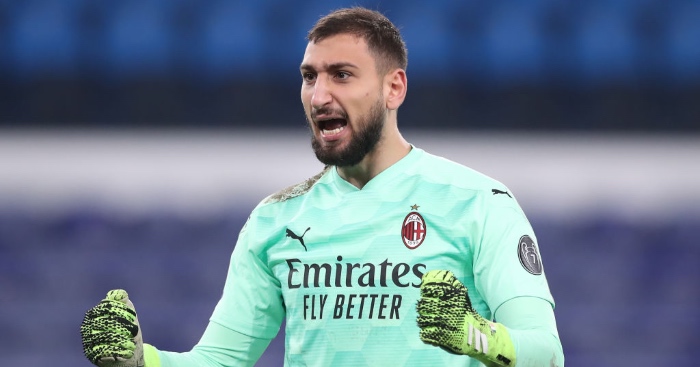 The Italy international has been linked with a host of top clubs in the past, including Premier League rivals Man Utd and Chelsea.

He’s already made over 200 appearances for Milan since first appearing during the 2015/16 campaign.

According to Spanish outlet Todofichajes (via Goal), Spurs chiefs have now lined up Donnarumma as a priority transfer target.

Lloris remains the first choice keeper at the club, but his age is a problem. At 33, he is potentially entering the twilight years of his career.

That’s led to Spurs looking at long term successors for the Frenchman. They already have Paulo Gazzaniga, who impressed during Lloris’ injury last season.

But it’s unclear whether they trust in Gazzaniga enough for him to become number one.

The report states that Donnarumma has now become their main option, as the 21-year-old already has a host of experience.

His contract with Milan is set to expire in June 2021. That means Spurs could sign him for a reduced price during the January transfer window, or risk it and wait until the summer.

The trouble with waiting until June is that plenty of other European clubs will be interested, including Spurs’ English rivals and PSG.

He previously attracted interest from Chelsea as an alternative to the unreliable Kepa Arrizabalaga. They eventually signed Edouard Mendy from Rennes instead, which has proven to be a shrewd piece of business.

Man Utd have reportedly made a €50 million bid in the past, although this was rejected. They could re-join the race to sign Donnarumma if Dean Henderson leaves the club in search of game time.

Donnarumma is one of our top ten players that could move to the Premier League at the end of their contracts. Spurs are at the front of the queue to make that happen.