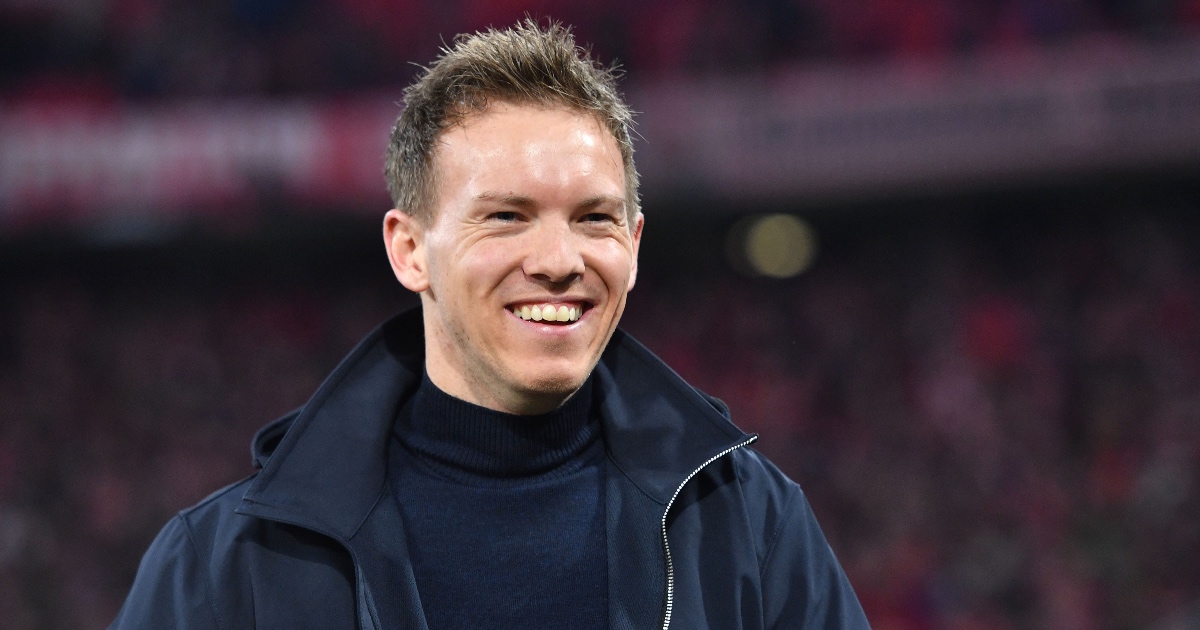 Bayern Munich have confirmed that Julian Nagelsmann will take over at the Allianz Arena at the end of the season.

The RB Leipzig boss, 33, has become one of the most sought after managers in Europe.

He took Leipzig to third in the Bundesliga and the semi-finals of the Champions League last term.

Nagelsmann was heavily linked with the Spurs job following the sacking of Jose Mourinho, but the north London side have been beaten to his signature.

Bayern have released the following statement: “FC Bayern have appointed Julian Nagelsmann as their new head coach. The Bavarian-born 33-year-old will move to Munich from RB Leipzig on 1 July 2021 ahead of the new season, signing a five-year-contract with the German record champions until 30 June 2026.

“This comes after FC Bayern agreed to current head coach Hansi Flick’s request to have his contract terminated on 30 June 2021, two years earlier than its original expiry date.”

The German giants were on the search for a new manager after Flick revealed his intention of leaving the club.

It’s thought that he wants to take over from Joachim Low as Germany’s national team boss.

Nagelsmann was widely tipped to manage Bayern, but Flick’s departure means it comes sooner than many would have expected.

It’s an intriguing next step for the young manager, who will have plenty of pressure in Bavaria.

His priorities will be securing the Bundesliga title ahead of rivals Borussia Dortmund and Leipzig, as well as making Bayern Champions of Europe once again.

They stormed to that title last season by beating the likes of Chelsea, Barcelona and Paris Saint-Germain.

But Mauricio Pochettino’s new-look PSG ended their chances of retaining that crown by edging their quarter-final tie this season.

Nagelsmann will also have to deal with ageing stars Robert Lewandowski, Thomas Muller and Manuel Neuer. They have been a staple of Bayern’s success in recent years but are all over the age of 31.

Nagelsmann will need to find suitable long-term replacements to keep Bayern moving in the right direction.

The move sees him follow defender Dayot Upamecano to Bavaria from Leipzig. Bayern activated the 22-year-old’s €42.5million release clause in February, helping them to sign one of Europe’s best talents.