Home All The News Spurs tell Kane they ‘expect him’ to stay; ‘no way’ City will pay £160m 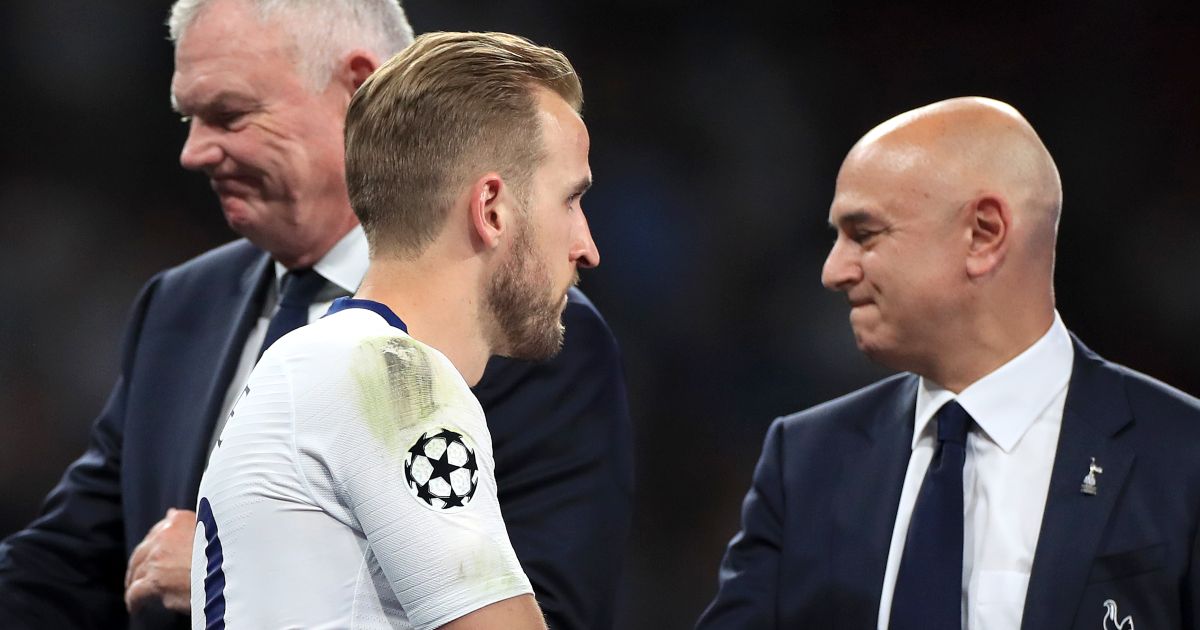 Spurs have informed Harry Kane that they ‘expect him’ to remain in north London this summer amid interest from Manchester City, according to reports.

The Sun claimed late on Thursday that Tottenham were prepared to sell Kane to Man City for £160m this summer after Daniel Levy had performed a U-turn and decided the England captain could leave.

However, almost as quickly as the report had surfaced, it had been dismissed with The Athletic journalist David Ornstein saying that the story took both City and Spurs by surprise.

Five reasons for Spurs to be cheerful – even if *he* leaves

The striker has reportedly made it clear that he wants to leave Tottenham this summer but it is thought Spurs chairman Levy has no intention of granting his wish.

The Times wrote today that Kane ‘believes’ Tottenham are ‘are willing to sell him this summer in what he considers to be a shift in the club’s position’.

Reacting to the drama of the last few days, The Athletic have now issued an update on where Spurs, Kane and City stand over the deal.

They reckon Tottenham are still adamant that Kane is ‘not for sale, with senior figures confident he will stay at the club’ while ‘Manchester City are not yet willing to throw in the towel’.

The story by Charlie Eccleshare and Sam Lee backs up Ornstein’s claim that Spurs and City were ‘taken by surprise’ over the report by The Sun and have ‘taken an extremely dim view of suggestions an agreement for Kane had been reached’.

The Sun‘s report has apparently reinforced Levy’s determination to keep Kane at the club, with three years left on the  27-year-old’s contract.

Tottenham have told Kane that they ‘expect him to remain a Spurs player’ while City have confirmed that ‘there is no way they would go as high as £160m’.

City, though, do not ‘consider their pursuit of Kane over’ but ‘they are not prepared to pay the sort of numbers being quoted on Thursday, or anything like it’.

There is ‘increasing scepticism’ that any club will now be able to afford Kane this summer with Levy determined to get at least £150m for the striker.