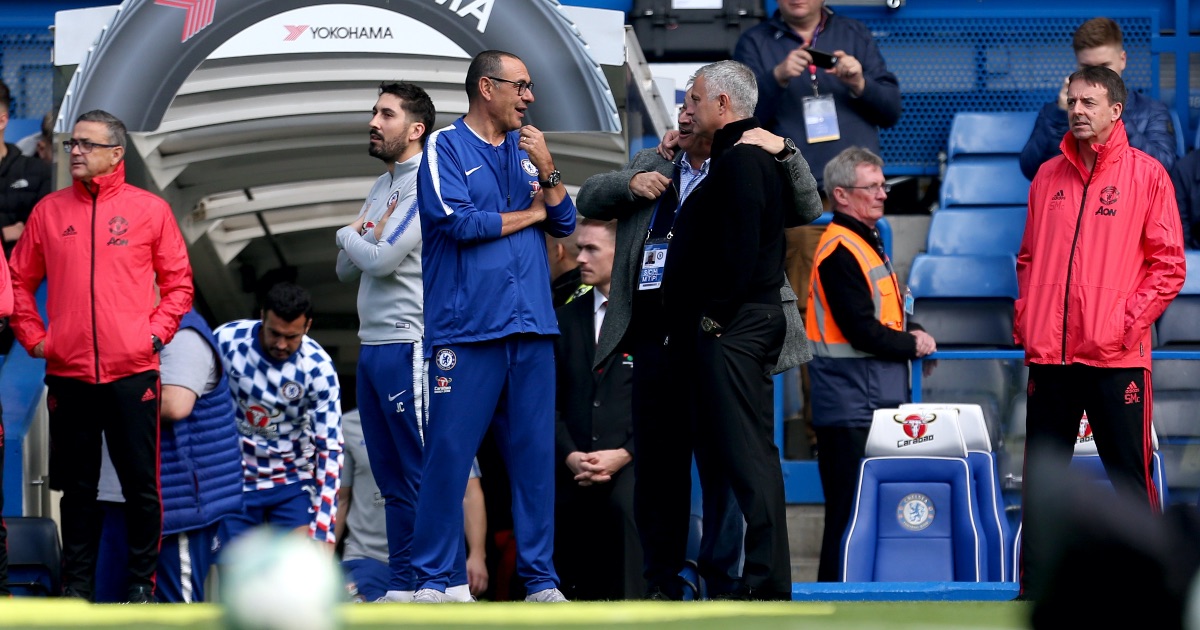 The Portuguese boss is under huge pressure in north London after they were embarrassingly dumped out of the Europa League by Dinamo Zagreb and currently sit six points off the Champions League qualification places.

Reports on Wednesday claimed Daniel Levy could make an approach for Wolves boss Nuno Espirito Santo, whom the Spurs chief is a ‘major fan’ of and now Italian outlet Gazzetta dello Sport have linked Sarri with the job.

MAILBOX: Who’s up for swapping Thiago for Van de Beek?

They claim talks between Tottenham and Sarri ‘could take place in London next week’ as Levy continues to weigh up potential Mourinho replacements.

The 62-year-old Italian is said to be aware of Spurs’ interest, with the club reportedly interested in hiring him in the summer of 2018, when he left Napoli for Stamford Bridge.

A move to Roma has also been mooted, as well as a return to Napoli, with Gennaro Gattuso under pressure.

Sarri won the Europa League and secured a top-four finish in his first and only season in charge at Stamford Bridge.

He then moved to Juventus, where he again lasted just a single season, despite delivering the club’s ninth consecutive Serie A title.