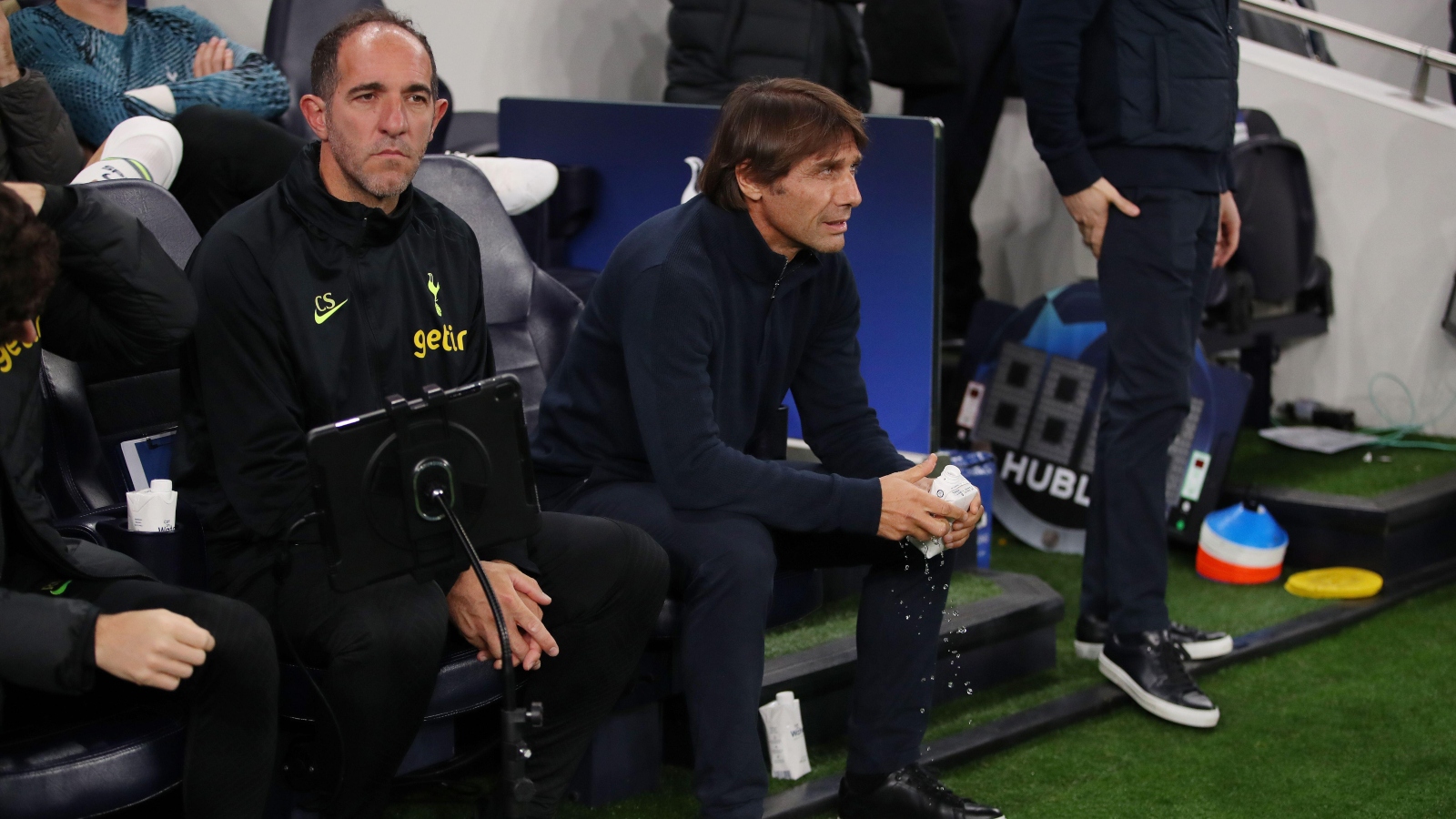 Head coach Conte is confined to the stands at the Stade Velodrome after his red card against Sporting Lisbon last week in the wake of the VAR’s decision to controversially rule out what would have been a last-gasp winner from Harry Kane.

The Italian will sit next to his brother Gianluca and relay messages to the bench during the game, but is not allowed in the dressing room and cannot speak to his players until 15 minutes after full-time.

That means he cannot have direct influence on proceedings in a game that Spurs cannot afford to lose if they are to qualify for the knockout stages.

Stellini, who stood in for Conte during another touchline ban at their previous club Inter Milan, said: “When Antonio is on the touchline, he lives with passion every game but probably he struggles more when he stays in the crowd and so it explains how Antonio lives his job.

“He’s very passionate and if he cannot communicate with us he struggles a lot.

“It changes a lot. The presence of a coach like Conte, both before the game and the week leading up to it and during the match, is just indispensable – especially a tough match like this where it’s going to be intense until the final whistle.

“It’s a change that’s difficult but we have to prepare ourselves all together before the match.

“It’s a totally different world because normally the days before the game, Antonio will do all his preparation himself, alone.

“But now, we have to do this all together so it changes everything. We have to work on the strategy and this can become complex.

“However, we’ve already gone through this together in our time at Inter so we know what to do when he’s not there.

“Luckily, I’m not there on my own. We’ve got the whole staff, such as Ryan Mason, alongside me so that makes me feel better.”

Midfielder Pierre-Emile Hojbjerg accepts it is a different situation, but says it is one that his side can easily cope with.

“He’s a coach who lives the game with great passion and with his heart,” the 27-year-old Denmark international said. “We feel this in a good way.

“We have to make sure we’re well prepared, which we are, and after go and be successful together. The fact is he will not be there, we have to deal with that.

“Everyone is well aware. The staff is well prepared. We have to help each other.

The stakes could not be much higher for Spurs in Provence as their Champions League future hinges on the outcome of this game.

If they win or draw they will book their place in the last 16 but a defeat will condemn them to Europa League football after Christmas.

Hojbjerg said: “Our ambition is definitely to go through. This is the number one.

“The key and ambition is to go to the knock-out stages in the Champions League and this is what we are playing for, 100 per cent.”

Dejan Kulusevski, Richarlison and Cristian Romero will not be involved.