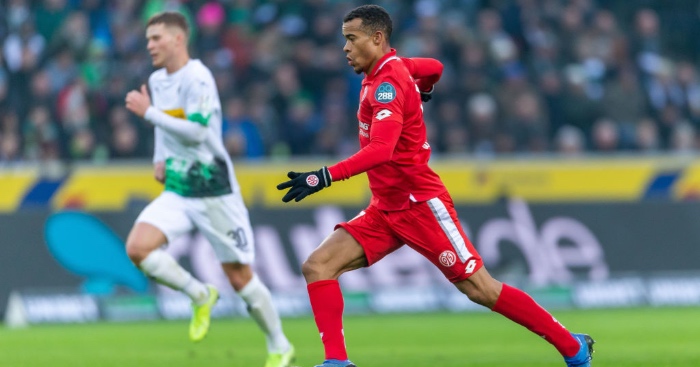 Tottenham have started transfer negotiations for their target Robin Quaison, according to reports.

The Sweden and Mainz player is wanted by Spurs as an extra option going forward.

According to Bild (via Mirror), the London club have asked Mainz how much he will cost them to sign.

Quaison is an exciting forward who scored 13 goals and assisted two more in the most recent Bundesliga campaign.

His appearances have earned him multiple admirers, including Spurs manager Jose Mourinho.

Quaison has scored seven goals in 15 games for his country so far. He’s also valued at £9.45 million by Transfermarkt, although Mainz will likely want to hold out for a much higher fee.

The player could provide competition with Harry Kane, Lucas Moura and Heung Min Son in Tottenham’s forward line. Mourinho wants to bolster his squad this transfer window to improve on their sixth place finish in the Premier League.

Quaison would be Spurs’ third summer signing if the two clubs can agree on a fee. They’ve already signed Pierre-Emile Hojbjerg from Southampton and Giovani Lo Celso from Real Betis.

Those two signings have cost the club around £44 million in total, so Mourinho still has a decent amount of money to spend.

However, Spurs may be held back their failure to gain Champions League football for next season.

They appeared in last season’s Champions League final, but are still in the rebuilding process after sacking Argentinian manager Mauricio Pochettino.

They sold Kyle Walker-Peters to Southampton as part of the Hojbjerg deal and have let defender Jan Vertonghen leave the club on a free transfer.

The club has been linked with a move for former player Gareth Bale and Benfica defender Ruben Dias.

Tottenham are searching for a top-class centre back and Dias could fit that mould perfectly. The 23-year-old is both a solid and technical player who could fit in well in the Prem.

You can see all of the league’s confirmed transfers on our dedicated page.