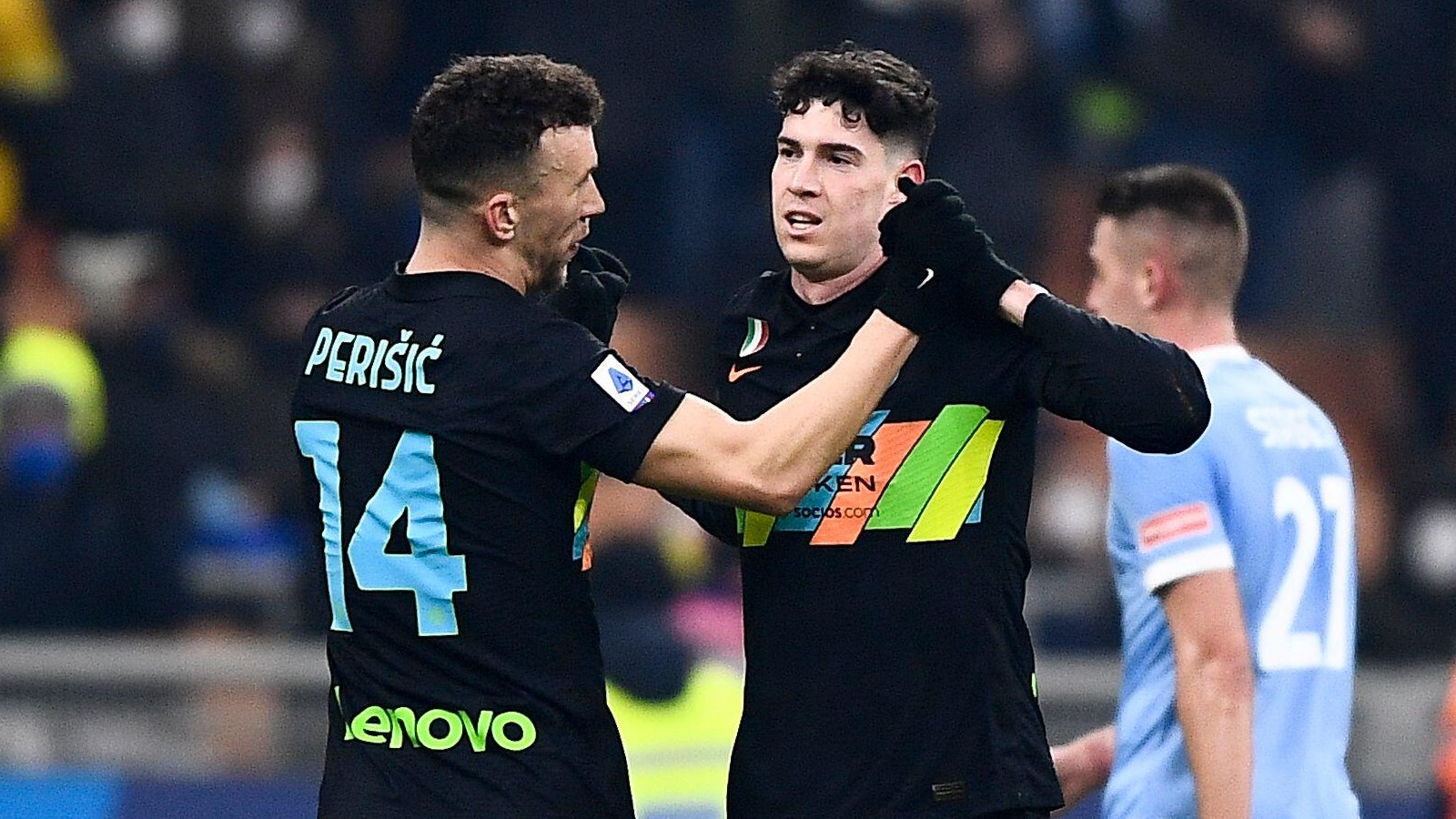 Spurs have suffered a blow in their hopes of supplementing the free transfer of Ivan Perisic with one of his Inter Milan teammates.

Perisic is expected to complete his move to Spurs this week, the Croatian having undergone a medical in north London on Monday.

The winger stayed overnight at Hotspur Way after travelling to England over the weekend, turning down the offer of an Inter Milan contract extension to agree a two-year, £100,000-a-week deal and reunite with Conte.

The London Evening Standard claim that Perisic ‘was namechecked by the head coach’ as a ‘leading target’ during a Spurs transfer summit on Friday.

Why do people make things up without watching the game. Perisic is not slow

The man had an incredible season, he was Inter’s best player by a margin. He did it with speed, composure & tenacity

Also mentioned in that meeting between Conte, Daniel Levy and Fabio Paratici was ‘top target’ at centre-half, Alessandro Bastoni. But that move is hanging in the balance because of the ‘challenge to convince’ the player to join.

Bastoni ‘is reluctant to leave’ the Serie A runners-up, for whom he played 44 times this season and made 74 appearances across two seasons under Conte.

There is hope at Spurs that Inter’s pursuit of Torino defender Gleison Bremer, a former target of Liverpool, could ‘open the door’ for Bastoni to leave to, according to Dan Kilpatrick of the Standard, ‘balance the books’.

The 23-year-old will need to be persuaded to leave, however.

Spurs themselves might look to offset some of the costs of that move, which would be expected to rise higher than £50m. Harry Winks has been earmarked as a potential sale after falling out of favour under Conte – the midfielder’s last Premier League start was in late February.

The Daily Mirror report that Winks has been told he is not part of the manager’s plan and thus is free to leave this summer. Spurs would seek around £20m but can entertain interest from Everton, Fulham, Southampton and others.

The poor sod Winks seemed convinced that his Spurs career had been revived by Conte a few months ago.

“The manager’s come in and given me a chance, given me confidence again,” he said in February. “Every game I play, every training session I have that hunger to try to impress him and do everything I can to try to improve.

“Like I said before, my career at Tottenham was probably dead and buried but he’s come in and given me an opportunity to show myself and prove myself.

“And for that, every time I get an opportunity I really want to impress the manager and show myself and repay that faith he’s shown in me and put it back to me.

“I wouldn’t say it was completely dead and buried, but chances at Tottenham were looking slim. I wasn’t getting opportunities and it might have looked like I would need to leave the club.”