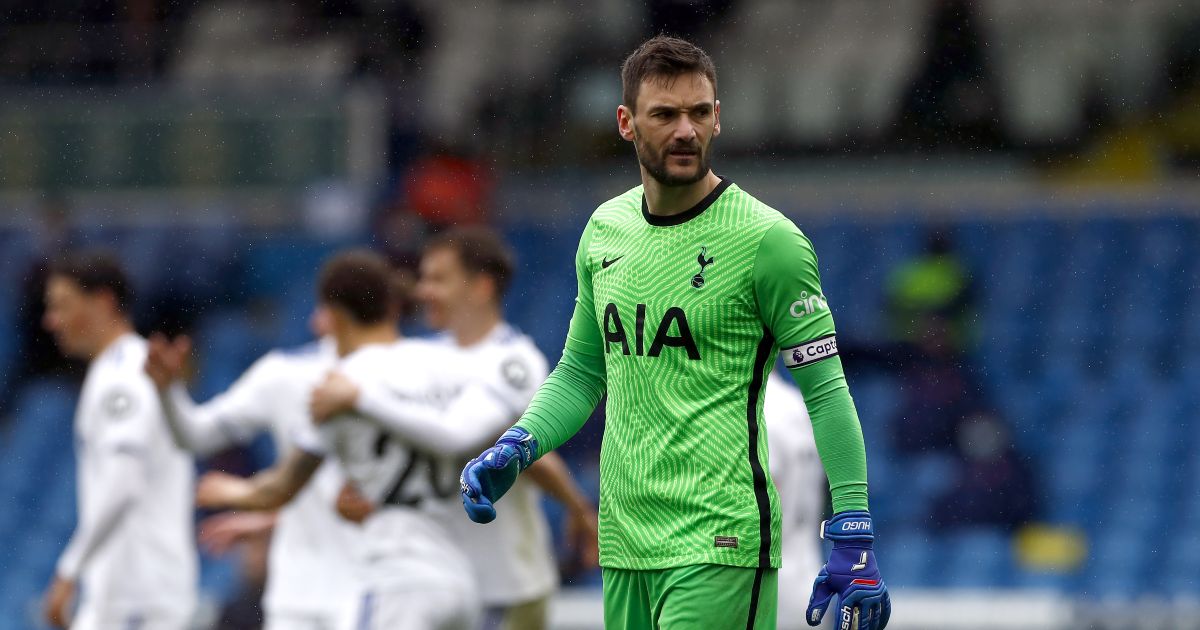 Hugo Lloris is set to stay at Spurs for at least another season amid transfer links to Paris Saint-Germain, according to reports.

The France international has played for Tottenham for nine seasons after joining the Premier League club from Lyon in 2012.

Lloris has made 372 appearances for Spurs during that time, playing all 36 Premier League matches for the club this term with the north Londoners sitting in sixth position.

The 34-year-old has been heavily criticised at times this season with his performances in an FA Cup loss to Everton and a Premier League defeat to Manchester City bringing particularly strong reactions from pundits.

Lloris has been linked with a move to French giants PSG over the last few months with former Tottenham boss Mauricio Pochettino taking over from Thomas Tuchel there earlier in the season.

A report claimed Lloris was one of ‘at least six players’ that Spurs were looking to sell in the summer, while the likes of Sam Johnstone, Dean Henderson and Koen Casteels have all been linked as replacements.

And now Football Insider claims that Lloris is ‘set to end doubts over his future and remain at Tottenham next season’ after talks with Spurs chairman Daniel Levy.

There has been added uncertainty over his future too with Lloris about to enter the final 12 months of his contract but the report adds that the World Cup winner ‘is planning to extend his time at the club to at least 10 years and possibly longer’.

Spurs are also keen not ‘to lose such an experienced and proven performer’ and Lloris has ‘held talks over his future with club chairman Daniel Levy and has expressed his willingness to stay on under the new manager.’

“I can’t speak in terms of what Gareth is thinking. I don’t know on that, but for me Dele was excellent,” Mason said.

“I don’t really like singling out players but it’s hard not to because I’m sure everyone felt it. He ran, he competed, he pressed, he created opportunities.

“I’m sure he’s disappointed not to get a goal himself.

“It was an excellent number 10 performance, I’m really, really pleased.”