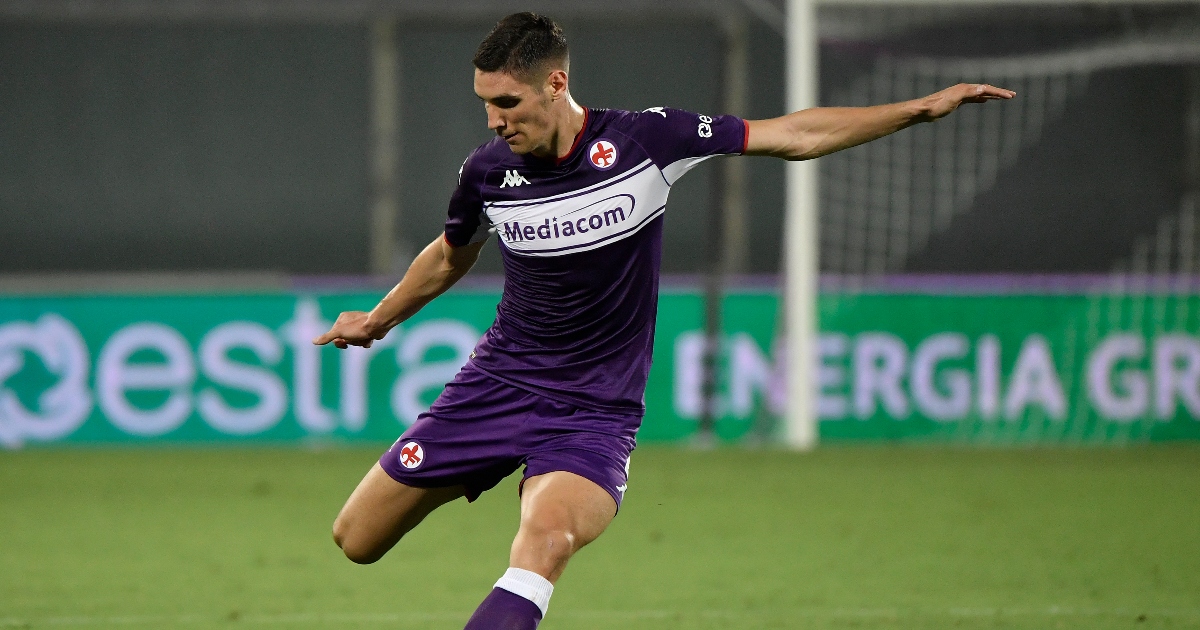 Fiorentina defender Nikola Milenkovic has signed a new contract with the Serie A club, despite interest from Tottenham Hotspur and West Ham United.

The deal only runs until 2023 but has been extended as his previous contract was set to expire at the end of this season.

Due to his previous contract situation, it was thought the player would leave Fiorentina this summer for around €18million – with bonuses included.

However, his fresh contract opens up the door for a move next summer.

The 23-year-old came through the youth ranks at Partizan Belgrade before getting a move to the Viola in 2017, where he has made 127 appearances in all competitions.

He scored three goals in 34 Serie A matches last term but couldn’t help Fiorentina finish any higher than 13th position.

He was first linked to Spurs as a cheaper option for Cristian Romero but he completed his move to north London earlier this month.

Tottenham are still in the market for another centre-back with Bologna defender Takehiro Tomiyasu the most likely incoming.

It was reported earlier this month that West Ham ‘asked for information’ about Milenkovic as they stepped up their pursuit of the Serbia international.

A possible Milenkovic alternative for the Hammers is Chelsea centre-back Kurt Zouma.

The Frenchman would likely cost £20-25m, but it is his wage that’s the main stumbling block in a potential transfer.

The Sun claim that Zouma is asking for his wages to be increased to £120,000 a week, which West Ham are unwilling to sanction.

If the Hammers pull out of negotiations for Zouma, Spurs could swoop in for the Chelsea man, according to Sky Sports.

Another central defender that both West Ham and Tottenham want to sign, Zouma would prefer to stay in London, so a move to either club could be on the cards.

The defender has played 151 times for the Blues, scoring ten goals.

He has previously enjoyed loan spells at Stoke City and Everton – but it is believed that Chelsea would prefer to let him go permanently this summer.