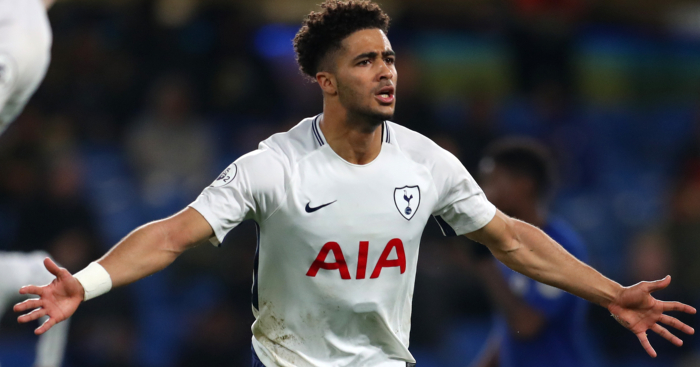 Borussia Monchengladbach have completed the signing of 19-year-old winger Keanan Bennetts from Tottenham.

England youth international Bennetts, whose mother comes from Hamburg, has penned deal with the Bundesliga club until 2022.

Bennetts progressed from the Tottenham academy and became a regular in the under-23 side.

“Borussia is one of Germany’s biggest teams. I’m really looking forward to experiencing the atmosphere at Borussia-Park,” Bennetts said on the club’s official website.

“Keanan can play a variety of attacking roles,” Eberl said.

“He has played for Spurs in the Premier League 2 and in the UEFA Youth League this season and we back him to make the step up to the Bundesliga. We’re delighted he has chosen to sign for Borussia.”

As Daniel Storey wrote this week: ‘The grass in Germany isn’t just greener; you actually get to play football on it.’

Tottenham announced the transfer in a short statement and said: “We wish Keanan all the best for the future.”