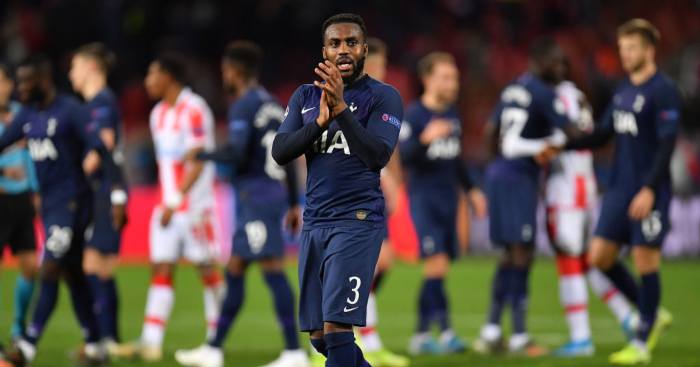 Tottenham fear that three other players could follow Danny Rose’s lead and leave the club on a free transfer, according to reports.

The left-back was made available for transfer and left off the club’s pre-season tour to Asia as his time with Spurs looked to be over in the summer.

Yet he has since started nine of Tottenham’s Premier League games this season and was also handed an England start in the Euro 2020 qualifier against Bulgaria.

Rose told the Evening Standard on Wednesday that his “contract is up in 18 months’ time and I’ll leave the football club then.”

And the Daily Star claim Rose‘s stance could ‘trigger Tottenham transfer exodus’ with worries that other players could be ‘willing to run down their contracts’.

The report adds that ‘there are other players considering a similar course of action, with Christian Eriksen, Jan Vertonghen and Toby Alderweireld in no hurry to leave.’