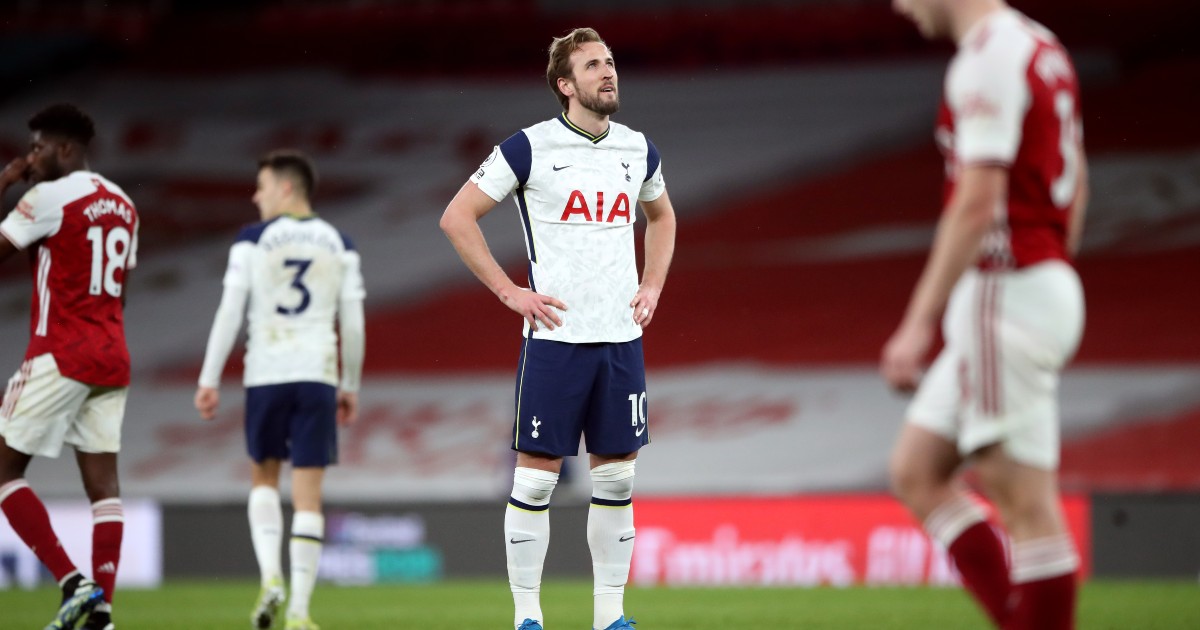 Manchester City are the only club to have confirmed their final position. The difference between success and failure for Tottenham is £14.2m.

For the first time this millennium, Premier League clubs have all played the same number of games heading into the final week of the season. Yet only one – Manchester City – is assured of their position. The rest will be looking up with hope and down with dread.

There is pride at stake, particularly in the case of Tottenham. But money is involved. Each extra place higher up the table is worth around £2m or so in merit payments. Using the figures from 2019/20, let’s look not only at where each club could still finish, but how much they could earn or lose.

Pep Guardiola could – and actually must – stick Ederson up front in Manchester City’s final two games in the hope he overhauls Alisson’s scoring record and it would do nothing to affect the club’s position. They are champions and can rotate as much as they want ahead of the Champions League final.

Manchester United are guaranteed Champions League football in consecutive seasons for the first time since Sir Alex Ferguson stepped down as manager. The maximum points tally they can achieve is 76, making them statistically one of the worst runners-up of the past two decades.

The Wembley afterglow should and will not blind Leicester to the possibility of a second consecutive season of having their chair at Europe’s top table suddenly pulled from underneath them. Avoiding a vengeful defeat at Stamford Bridge is an absolute necessity.

Hints of a media backlash against Thomas Tuchel have quite predictably emerged as Chelsea threaten to turn chicken sh*t into chicken salad and back again. It would take an almighty collapse for the Champions League finalists to slump to 7th and a Europa Conference League place, but they cannot finish lower than they were when Frank Lampard was sacked. And they are in a Champions League final, which does feel both important and impressive.

The drama at West Brom ensures Liverpool are still in control of their own fate. Win both of their final two games and fourth place is almost certainly theirs. The order of preference for result at Stamford Bridge on Tuesday is: Leicester win; draw; apocalypse; Chelsea win.

There is an almighty amount at stake for Tottenham, roughly equivalent to their next manager pay-off. A Champions League qualification place remains theoretically possible but really requires both Chelsea and Liverpool to lose all of their remaining fixtures while Ryan Mason guides his side to a perfect run-in. On the other side of the coin, Leeds could technically catch Tottenham heading into the final week.

How very West Ham it would be to spend most of the season chasing European football, only to find themselves ensconced firmly in mid-table. A relegated side and a team with nothing to play for stand in their way of a qualifying round defeat to Astra Giurgiu in some form of continental competition this summer.

Same thing goes for Everton, really. They are spiritual brothers in their ability to infuriate. David Moyes sure does know how to pick them.

Against all odds, St Totteringham’s Day has been tentatively scheduled for Sunday. It was assumed that next season would be Arsenal’s first without European football since 1995 yet Europa League qualification is actually within reach. Mikel Arteta needs maximum points against Crystal Palace and Brighton, with slips from all of Tottenham, West Ham and Everton. The latter somehow seems more likely than the former.

With two games remaining, Leeds are not mathematically out of European contention. That is a quite astonishing achievement from Marcelo Bielsa and his players, who should at least fancy their chances of dispatching Southampton and West Brom while relying on the results of other teams.

Dean Smith will be eager to avoid the absolute anti-climax that would be Aston Villa finishing three places higher than last season after a summer of heavy investment, a sensational start and dreams of Europe. Those are two rotten final games and a couple of wins from their last 12 matches offers little hope of a late resurgence.

The top half is beyond their grasp but Wolves can earn themselves an extra few million by exploiting Everton’s home discomforts and a distracted Manchester United. They have won consecutive games just three times this season, although their longest run of victories stands at a fate-tempting two.

If these are to be the final two games of Roy Hodgson’s 427-year managerial career, a pair of grand old opponents would be a fitting way to bow out. So, too, would be finishing one place above the relegation zone despite never really being in any legitimate danger of dropping to the Championship at any point all season.

Ralph Hasenhuttl has dragged his players off the metaphorical beach to record successive 3-1 victories and add some extra sheen to this peculiar season. He will have to earn that potential boost to his transfer budget by beating two teams firmly out of their reach.

Burnley are safe but the motivation to scupper Liverpool’s reenergised Champions League hopes and become the first club to do the Premier League double over Jurgen Klopp is obvious. That £7.1m difference could easily be put towards Sean Dyche’s summer plans with about £7.05m left over.

“We’ve been in the bottom half of the division now for a number of years, that’s where we are at this particular moment,” said Steve Bruce earlier this month. “If we can match last year, where we got to, then I think we would all accept that would be, considering the problems we’ve had, acceptable. Can we finish above where we did last year? I doubt it, but considering the problems we’ve had this year, then I would be delighted if we could get there.” Newcastle came 13th last season; beat two relegated teams while hoping the four sides above them think the season is finished, and they can improve on that by a single position.

Brighton can finish between 3rd and 8th in an xG table. That is all.

Only two teams have been relegated from the Premier League at least four times without ever finishing bottom. Fulham are guaranteed to join Middlesbrough in that respect. Give Scott Parker all of the jobs.

West Brom are 17th in a Premier League table since Sam Allardyce’s appointment as manager in December, although they are level with Southampton and Sheffield United, all three having won a single point more than Fulham in that time. He can only absolve himself of relegation personally with a couple of positive results against West Ham and Leeds.

They waited 18 games for their first Premier League win of the season and could still set a new record for most defeats in one campaign yet Sheffield United might not even finish bottom. And everyone wants to sign their latest hero.