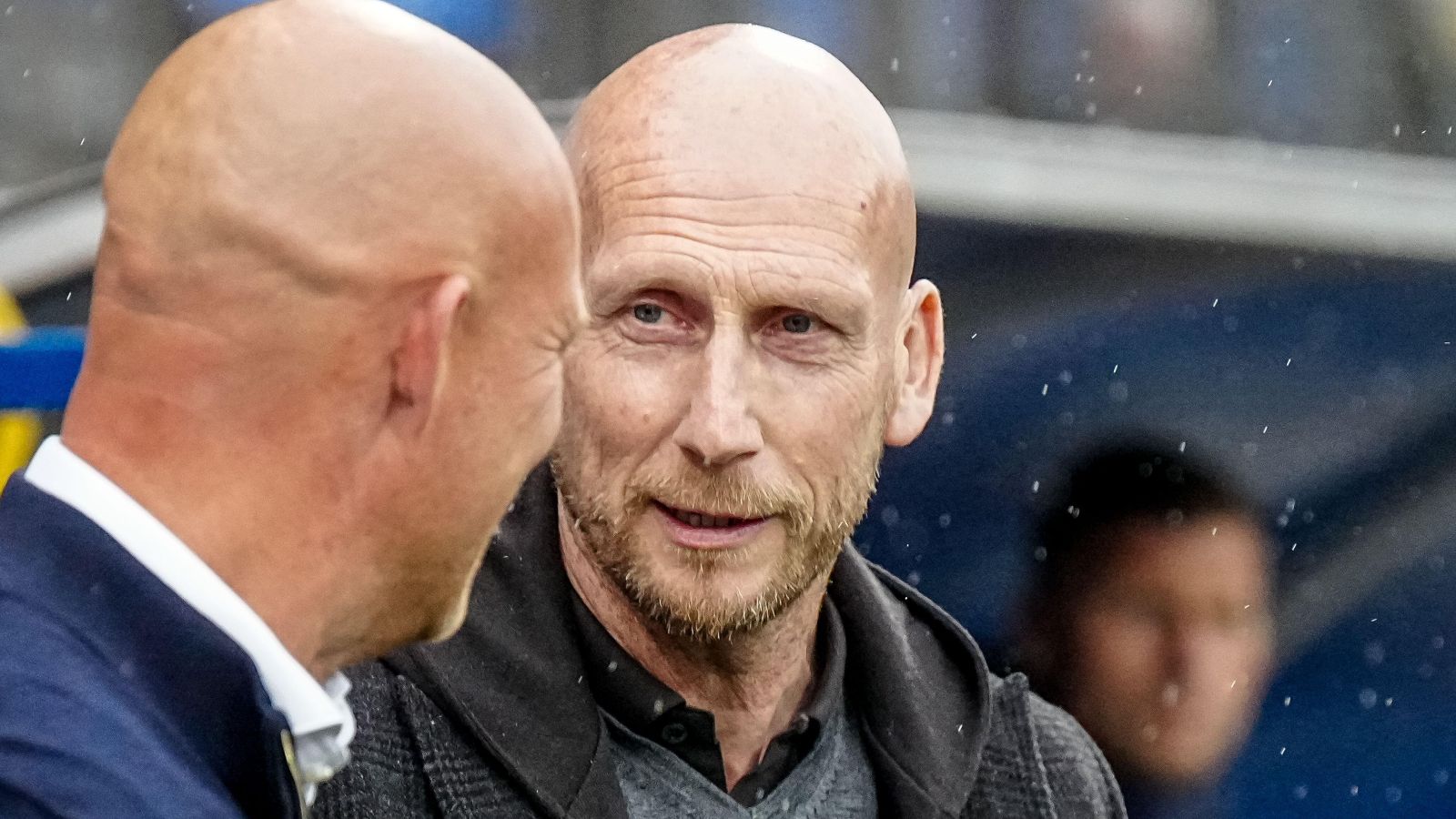 The Red Devils were bound to raid Ajax in the transfer market this summer after they snatched their manager Erik ten Hag.

This has proven to be the case as Martinez and Antony joined Man Utd for significant fees from the Dutch giants.

Around £56m was paid to Ajax to bring Martinez to the Premier League. Arsenal also targeted him but United beat them to the signing.

Man Utd have been questioned for spending such a significant fee for a centre-back who is only 5’9″.

Martinez struggled somewhat in defeats against Brighton and Brentford but he has come on strong in recent weeks. He has already struck up a strong partnership with ex-Real Madrid star Raphael Varane.

But Stam has warned Martinez that he needs to keep control of his aggression and be “more aware of his opposition”:

“He’s a good player, I knew as soon as he arrived that people in the UK would talk about his height,” Stam told Bet365.

“That can be an issue as a centre-back, not being so tall, but he’s shown his quality over here in the national team and in the Champions League.

“As a player, he’s very comfortable on the ball, you can see he’s trying to find these passes in between the lines.

“Defensively, he’s very aggressive, sometimes he needs to be a little bit more aware of his opposition, not get caught or be too aggressive.

“But that’s the thing you learn in the Premier League and what you learn from playing against the big teams, better players than what he was used to in Holland and that’s what he’s picking up.

“You can see his improvements already and how he’s altered his approach. He’s working well with [Raphael] Varane and [Tyrell] Malacia on his left side.

“Fans like his determination, and his quality that we’ve seen in Holland.”

Stam has also spoken on Antony after he scored in his debut for Man Utd against Arsenal. He thinks the winger’s positive start will “give him a boost”:

“[It’s] very important to get the confidence as a player. It’s also good of course that he started straight away,” Stam added.

“He’s very eager to get on the ball, asking for the ball a lot, trying to create. You cannot expect the first game that you start to do and show everything that you want to.

“But you can see he can score goals when he’s presented with the opportunity. He got the ball, great clinical finish and from that it’ll give him a boost in confidence and will help to blend in with the club and of course the fans.”