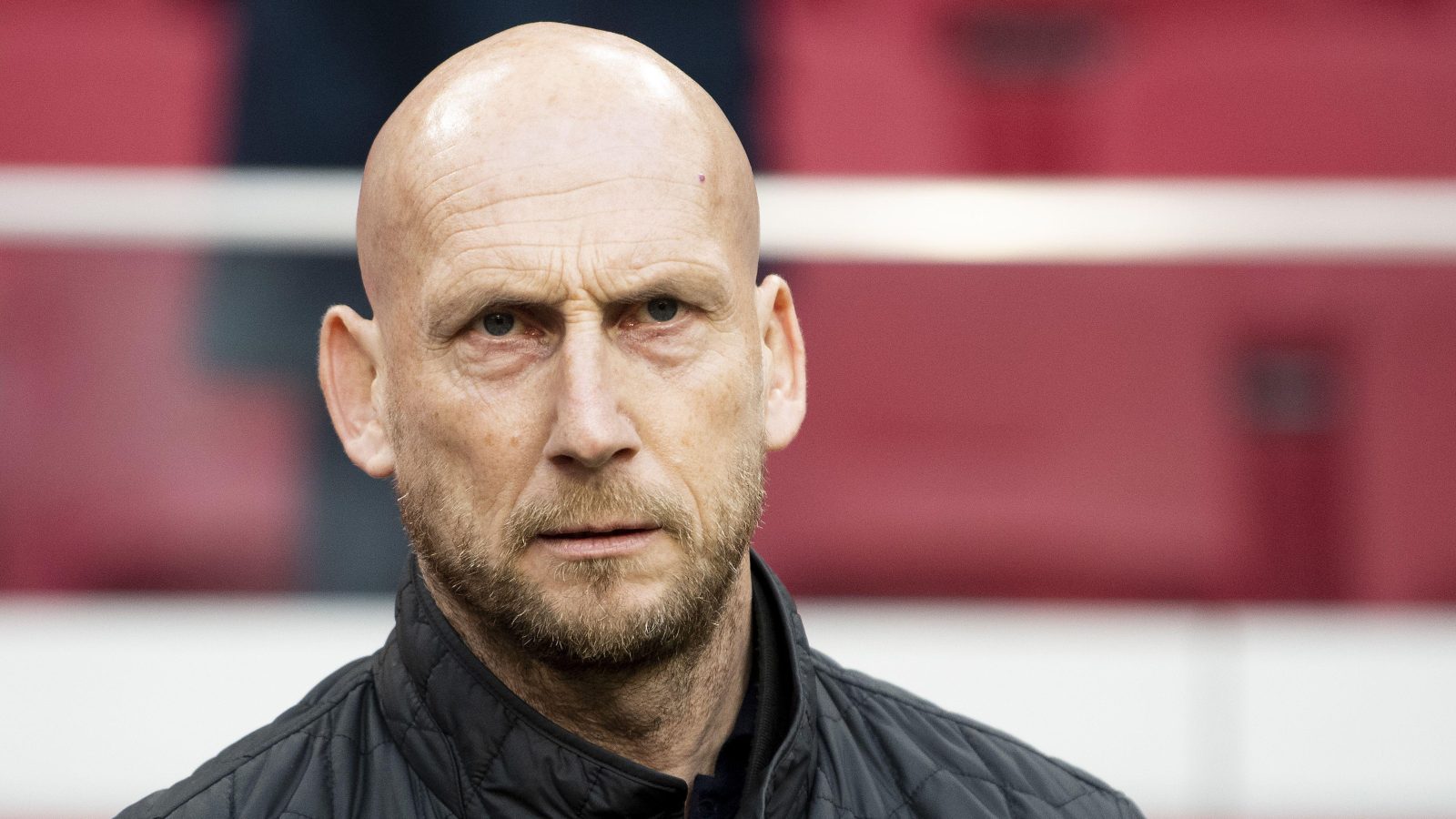 Jaap Stam thinks Man Utd need someone who “can deliver” unlike Jadon Sancho and insists Antony must “step up” another level.

Man Utd have won eight of their last 12 Premier League matches after Ten Hag got off to a nightmare start with two defeats in his first two matches as Red Devils boss.

Sancho, who moved to Old Trafford in 2021 for £72m, has been disappointing once again this season while new signing Antony has shown flashes of his technical ability.

“Man United need a winger that can deliver a certain quality of football because Jadon Sancho isn’t delivering yet,” Stam told Football Betting.

“Marcus Rashford is doing very well, Antony has come in and has scored a couple of goals but I think he needs to step up because he’s not performing to the standard I know he can.

“To be consistent, Man United need forwards who are performing in almost every game and that’s why you need to have options because if someone isn’t performing, then you’re able to bring someone else in who can.”

PSV Eindhoven forward Cody Gakpo is one player who could give Sancho and Antony some competition from January onwards with Manchester United, Liverpool and others linked with a move for the Netherlands international.

Stam added: “Everyone is talking about Cody Gakpo, people are going to assume that Man United are going to go for him but I don’t know if that’s the situation.

“Gakpo would be a player that would fit into the Man United squad. There would be questions over whether he can deliver straight away because he’s from Holland and we have seen people struggle in the past.

“The question is then, do Man United need to go for a more experienced winger that has maybe played at a certain level so that they can have an impact straight away.”

On whether Man Utd can beat arch-rivals Liverpool to Gakpo’s signing, Stam continued: “Man United still have the pulling power to convince Cody Gakpo to sign for them ahead of Liverpool.

“Before the start of the season, everyone was talking about them [Liverpool] being one of the contenders to win the Premier League title and I don’t rule them out but we’re seeing that even a team like that with a lot of experience is struggling to do well.

“Whereas, Man United have hired a new manager, new players, there’s a new plan in terms of what they’re trying to achieve and that makes it interesting for young players, especially from Holland to join Man United, one of the biggest clubs in the world and work with Erik ten Hag.”