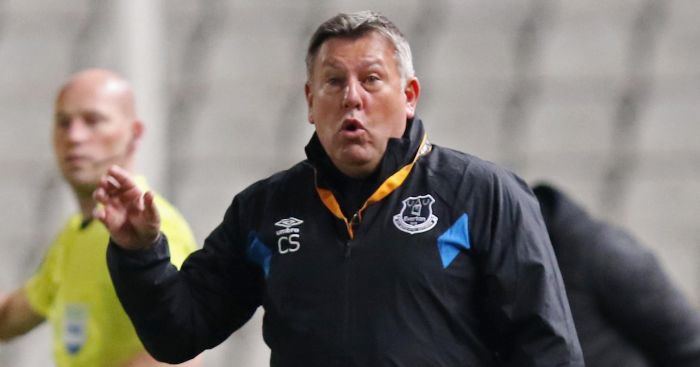 Stand-in boss Craig Shakespeare hailed Ademola Lookman and Everton’s youngsters as a starting XI with an average age of 23 delivered a win in their final Europa League contest.

Shakespeare, who took charge of the Toffees while new boss Sam Allardyce remained at home due to a pre-arranged medical appointment, witnessed a team comprised of fringe players and kids defeat Apollon Limassol 3-0 in Cyprus as Everton avoided finishing bottom of the group.

Debutants Harry Charsley and Fraser Hornby were in the XI for the dead rubber, and Shakespeare introduced three teenagers from the bench for their maiden first-team appearances, one of whom was 16-year-old Anthony Gordon.

It was the youngest starting line-up deployed by an English team for a European group game in eight years and it was 20-year-old Lookman who caught the eye with a first-half brace before Nikola Vlasic added a third late on.

Asked whether he thought winger Lookman could be an important player for the Toffees, Shakespeare said: “I do. Remember he’s only young and there were a lot of young players on that pitch.

“Of course as young players they need the opportunity, but they also need to show the ability as well. He (Lookman) did tonight.

“We just said to the squad after, look at this as a starting block and in the football you get your just rewards most of the time. The work ethic was there for all to see and so were the rewards.

“Hopefully that will give the young boys a bit of confidence and they can have a good career in the game.”

Everton were cruising once Lookman scored twice inside the opening half an hour, the second of which was a terrific goal from both a collective and individual point of view.

Twenty-six passes were made in the build-up and every player, including goalkeeper Joel Robles, touched the ball before Lookman dispatched it into the top corner with a sweet hit from 25 yards out.

It may not be the type of football Allardyce teams are famed for, but Everton’s manager will have enjoyed watching it from back in England, where a number of other senior players stayed to prepare for Sunday’s Merseyside derby.

“I didn’t speak to him during the game, I’ll give him a ring after,” Shakespeare added of Allardyce.

“The whole team did well. To keep a clean sheet and score three…they take enormous credit from that.

“The second goal was a very good one. A team goal. We played some really good stuff first half. With more care we could have had more.”

Like Everton, Apollon had already been eliminated from the competition and the defeat meant they finished bottom of the group without a win.

“We have to say congratulations to Everton, they played a really good match,” said Apollon boss Sofronis Avgousti.

“This match will show us what we need to avoid going forward.”