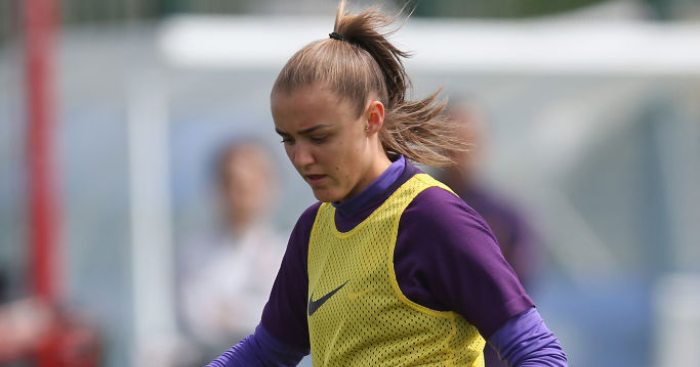 England midfielder Georgia Stanway has every confidence she can “make a difference” at her first senior Women’s World Cup, just under a year on from shining so brightly at the Under-20s version.

Stanway ended up as the joint top-scorer at the youth tournament last August after netting six times.

That experience in France was the start of a memorable 2018-19 for the 20-year-old which finished with her being included in Phil Neville’s squad for this summer’s showpiece in the same country.

Stanway made her senior England debut in November in a 3-0 win against Austria, scoring one of the goals, and was then with the Lionesses earlier this year as they won the SheBelieves Cup for the first time.

Her inclusion in Neville’s World Cup squad, as the youngest member of the 23, came shortly after being named PFA Young Player of the Year and then scoring in the FA Cup final at Wembley.

When asked about the past year and being included in the squad, Stanway told Press Association Sport: “Sometimes I’ve got to pinch myself that I’m actually here.

“I obviously only made my debut about six to eight months ago and I think it’s crazy how things have gone so quickly. It’s exciting.

“I had a crazy two weeks in the lead up to the announcement – the PFA award, then we won the FA Cup at Wembley, and then this squad was announced.

“So I was on a high for a very long time and I think the high will continue until the tournament is over – hopefully we’ll end on a high as well.”

Stanway feels the experience she enjoyed so much at the Under-20s competition, in which England came third, will stand her in good stead for this summer.

“The Under-20s is almost like a practice run for the seniors and it was one of the best experiences I’ve had in my life, it was unbelievable,” Stanway said.

“So that is why I am really looking forward to this year, because I’m not sure how it is going to be topped – but hopefully it will be.

“I’m a young player, but I know I can make a difference within this team, like anybody can.

“The girls have the backing of each other, and I think that’s all you need – as long as you’ve got the support and togetherness, to go there and do it together, I think we can achieve anything.”

Neville’s side fly to France on Tuesday having completed their World Cup warm-up games with Saturday’s surprise 1-0 loss to New Zealand at Brighton’s Amex Stadium. Their World Cup campaign begins on Sunday when they face Scotland in Nice.

Ranked third in the world, England are among the pre-tournament favourites. They achieved their best Women’s World Cup performance to date when they came third at Canada 2015, and were semi-finalists at Euro 2017.