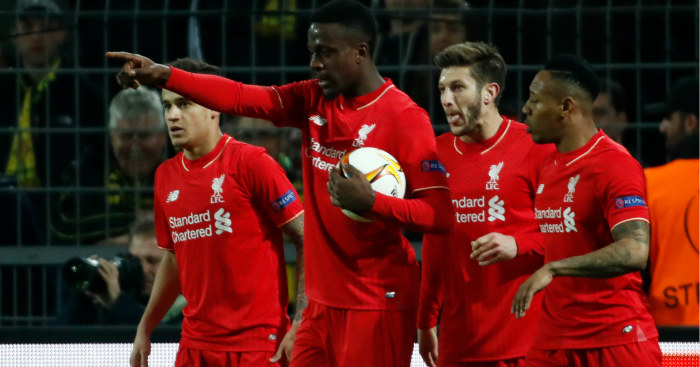 Jurgen Klopp says dropping Daniel Sturridge for Divock Origi was “not too brave” a call for Liverpool’s 1-1 draw with Borussia Dortmund.

Origi, starting his first match since the 3-2 defeat at Southampton, opened the scoring for the visitors after latching on to Adam Lallana’s header.

The goal fully justified Klopp’s decision to include the 20-year-old at the expense of Sturridge but the Reds boss, who Matt Stead heaped praise upon, said it was a fairly straightforward decision which fitted his game-plan.

“I don’t really understand questions like this because you have to try to imagine where you can have some small advantages and that’s what we did – it was nothing about Daniel,” he said.

“When Daniel came on he immediately had a brilliant moment, it was outstanding, so you could see the impact he had and I cannot say we played better with Divock ahead of Daniel.

“It was not too brave to put Divock to be honest. He has had no rhythm because of injuries. He is a young lad and we have to work with him.

“Divock was made for this game with the space he can make and how he can hold the ball.”

The result ensured that both sets of fans did not go home disappointed on Klopp’s return to the club he left in May after seven years.

“Of course this was an unusual situation with everything around the game, it was different than we were used to,” he said.

“There was applause which I took for me and I made a small gesture in return. The people here are very special and I felt good coming back, it’s a special place to come to.

“I am satisfied with a lot of parts of the game, the organisation was good, we were brave, organised disciplined, everything good.

“I think we saw the game is still 50:50 and Dortmund don’t care too much about where they are playing or where they score a goal.

“They are still a very strong team but people thought a lot about our possible performance so they are perhaps a little surprised now.