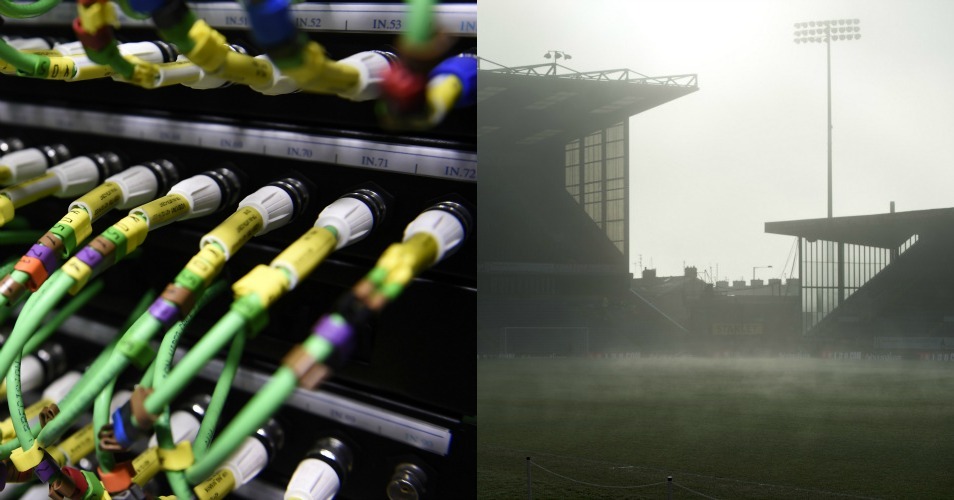 “You have your way. I have my way. As for the right way, the correct way, and the only way, it does not exist” – Friedrich Nietzsche.

The battle lines have been drawn, and the armies are setting up their camps. A cold wind blows. Welcome to football’s war zone. Are you on the side of the Football Men, or the Boffins?

To the north, the data analysts and statisticians calculate the probabilities of their ideal time and location to spring an attack. There are hushed discussions over ExpG and regression analysis, drowned out by the sounds of frantic typing and computer fans whirring. They will not sleep tonight.

To the south, the Football Men are waiting in file to choose their suits of armour and weapons. Row upon row of warm coats await their selection, a huge pile of half-chewed pencils to their side. Flat caps are less plenty in number – only the officers are afforded such a privilege.

If that all seems too parodical, it matches the mood of a week in which it feels as if there is a football war brewing. Brendan Rodgers’ sacking as Liverpool manager was always likely to cause great fall-out, but few anticipated this.

That it should be the departure of Rodgers which ignited this feud between football’s two distinct camps of analysis – numbers vs eyes – is bizarre. Lest we forget, this is the coach who once said “if you are better than your opponent with the ball you have a 79% chance of winning the game”. One suspects the captains of both armies would raise their eyebrows at that statement.

You probably know the articles by now. There was that one on Wednesday, one more on Sunday in a similar vein. The dismissal of statistics as nonsense has formed much of the football media storyline this week, at least in part assisted by the news vacuum of the international break. Numbers are ruining football, reads the charge.

You know the responses too. Data analysts moved instantly onto the defensive on social media after their industry was attacked in so obvious a manner and on so mainstream a stage. Neither camp displayed their best side to camera. Preciousness is a difficult look to pull off.

This is a straw man argument that has escalated into a straw man war. Scarecrows are fighting scarecrows, throwing bales of hay at each other from afar.

Every professional football club that can afford to use data analysis, does so. We can presume that they are not all grossly mistaken. The vast majority use such methods for scouting potential signings, and many do so to great effect. Talk of a ‘stats only’ approach is not just overstated, it is almost entirely fictional.

“When we’re looking at players we have instant access to video material or statistical analysis,” said Southampton Head of Football Development Les Reed, speaking to Gary Neville in January. “That’s one way we can compare potential recruits with our own academy players. That helps all of our decision-making.

“We’ve got a fantastic group of eyes-on scouts and fantastic analysts – so the idea is that they can challenge each other all the time. We have conflicting views and debates, but we have enough back-up to say ‘this is right, this is right’. Everybody comes out good friends.”

Saints fans will enjoy this: @GNev2 speaks to Les Reed about the role of the manager & the 'Black Box' – http://t.co/X3Cr1nVMS3

The picture Reed paints is not one of war, but peace. The conclusions from Football Men that statistics don’t tell the whole story is emphatically backed by any worthwhile analyst. Sworn enemies actually believe in the same principle, but neither accepts that the other can be right.

Yet there is an extra layer to this disagreement. Much of the distrust of statistics is not against numbers per se, but a resistance to what they represent. To many in the game, data analysis breaks down something beautiful into its component parts until it is no longer enjoyable. It’s like having ten tubes of paint on the wall rather than the Mona Lisa.

To the Football Men, there is something inherently romantic about watching a game on a cold (temperature has been an important theme of the week), wet Wednesday night in football’s geographical and literal bleak midwinter. It’s a persuasive argument, too. It is here where football’s magic is to be found, not in the hard drive of a computer. This is the game in its purest form, in parks and playgrounds rather than stadia and studios. Joy is comprised of experiences, not numbers.

It is that last sentence which has, sadly or otherwise, become irrevocably lost. Football is a results-driven business. When the result becomes king, efficiency becomes of paramount importance. If a blend of statistical analysis and ‘eyes-on’ (to use Reed’s term) allows for greater accuracy in decision-making, it becomes a no-brainer. It doesn’t matter about your notions of romance; football sold its heart a long time ago.

There are faults on both sides of the argument. Data analysts are regularly guilty of having blind faith in their work, just as the vice versa is true. But that is precisely why both can make a happy marriage. Think of it as a team of chefs, not ‘too many cooks’.

So, I write an article criticising policy at football clubs being dictated by statistics and analysts. The ITK twitterati are outraged.

Unfortunately, future successes and failures are now celebrated and mourned for point-scoring purposes. If Brentford crash and burn, people will crow. If Jurgen Klopp succeeds with Liverpool’s transfer committee, shouts of “I told you so” will drown out the songs on the Kop. Some are guilty of supporting their own visions and ideals more than most support their own clubs.

The truth is obvious to everyone else: No method is perfect. That’s precisely why football remains so loved and addictive. It is the eternal hunt for a non-existent perfect formula.

The use of statistics has, at least to some extent, bastardised our opinions. They have become the social media argument-winner, the over-simplification of complicated concepts. ‘Shock stats prove that Mata is Premier League’s best finisher,’ farts out the headline, cue the rolling of one million eyes.

Again, the sensible ones in both camps sit in agreement. Of course this is vacuous nonsense. It’s also a thousand times removed from how clubs are using data.

Sport’s unique allure is that it is part art form, part science. It is also a game of endless opinions. We each prefer different players, different goals and different styles, so it stands to reason that we have vastly different opinions on how art and science should cohabit. The only true mistake is to think that there is a right way, and an only way.