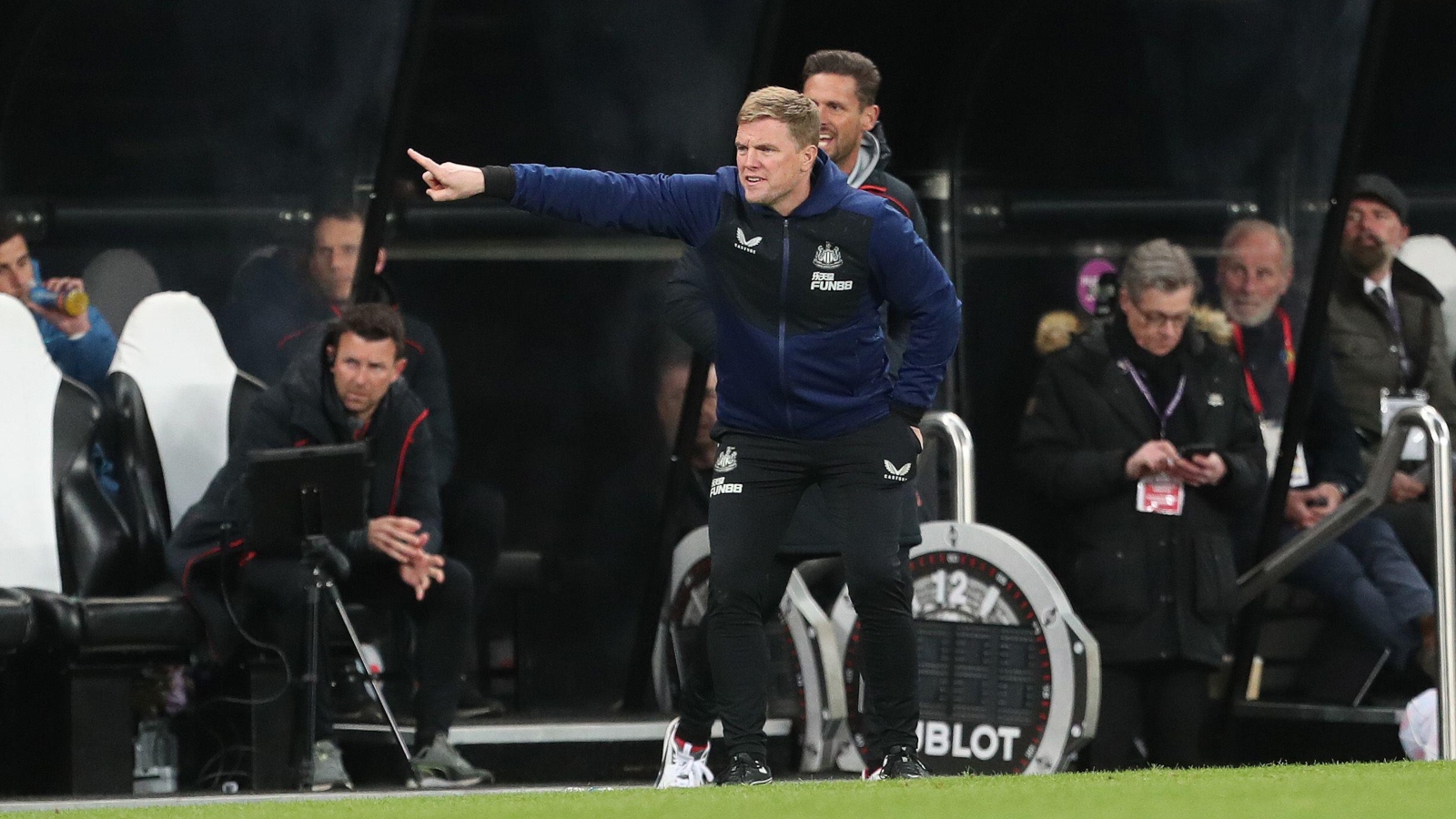 Howe replaced Steve Bruce earlier this season with the Magpies five points from safety and without a win in the Premier League.

Newcastle are now 15th in the league with eight wins on the board and are ten points above the bottom three with their top-flight safety all but secured.

Howe is doing a stellar job having spent over £90m in the January transfer window. The Geordies brought in Kieran Trippier, Chris Wood, Matt Targett, Bruno Guimaraes and Dan Burn.

Despite his backing from the board in the transfer market, Jordan insists Howe won’t take Newcastle to the “next level”.

“Of course, he was given a helping hand with £93million of spending in January,” Jordan said on talkSPORT. “But Eddie Howe’s reward surely, surely can’t be that someone gets to step in his shoes without having a fair crack at dissuading people like me that he’s going to take Newcastle to the next level.

“I don’t think Eddie Howe will be the beneficiary of the ultimate unleashing of Newcastle’s potential. I think he will be the stepping stone. He will be the Mark Hughes before Roberto Mancini. He will get them to a certain position and his stock will go up.

“I don’t think he will be taken out in the summer, so I don’t take the argument about Mourinho or anybody else that Newcastle will care to run. They are going through a stage of evolution.”

It is expected to be a big summer transfer window for the Magpies; however, Howe has warned fans not to expect a spending spree.

The ex-Bournemouth boss said: “I am happy with this squad while acknowledging that time never stands still.

“You have to continue to improve and evolve so I have no problem looking outward and saying we do need certain things.

“But I do not think it will be the revolution that everyone thinks it will be, and it can’t be because we are under financial restrictions.”