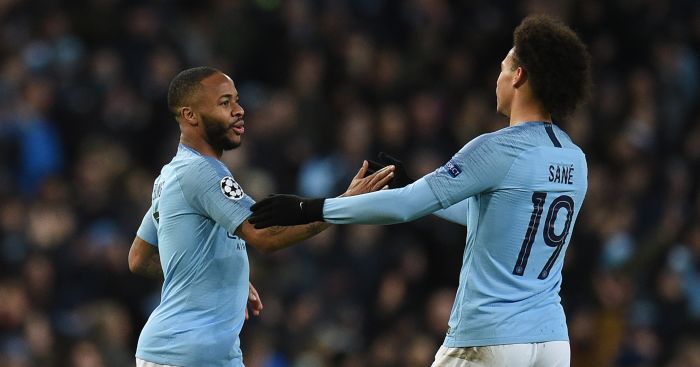 Rio Ferdinand believes Raheem Sterling does not get the credit he deserves because he is black.

The Manchester City forward’s form means he should be regarded as one of Europe’s finest players, according to the former England defender.

“I think he’s alluded to it, that he’s judged maybe on the colour of his skin sometimes as well. I don’t think that’s too far from the truth,” Ferdinand said on BT Sport ahead of City’s 7-0 win over Schalke in the Champions League.

Sterling was subjected to alleged racist abuse during a Premier League match at Chelsea in December and afterwards issued a statement accusing the media of fuelling racism in the way it reports certain stories about black players.

Ferdinand added: “If Harry Kane’s doing what he’s doing they’re talking about Harry Kane as the European Player of the Year.

“No slight on Harry Kane, it’s nothing to do with him. That’s the way Raheem’s judged sometimes.

“Not only on the pitch is he maturing, off the pitch, how he’s carrying himself and conducting himself is a testament to him and I think other young players of all cultures can take a note from what he’s doing.”