Home All The News Sterling excited by England’s counter-attackers 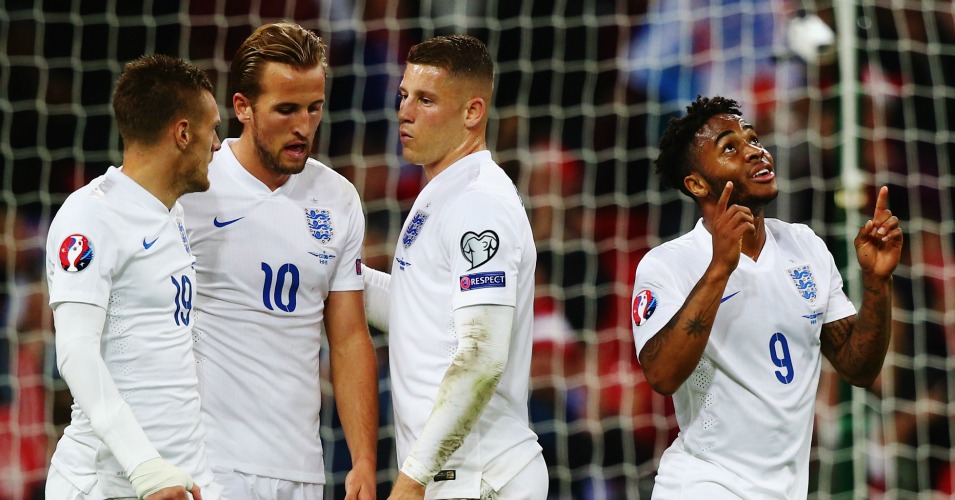 Raheem Sterling has backed Jamie Vardy and Ross Barkley to boost England’s attacking prowess in the friendlies against Spain and France.

Vardy has scored in nine successive Premier League matches for Leicester and Sterling is excited about what he and Everton midfielder Barkley can offer against Spain in Alicante on Friday and France at Wembley next Tuesday.

“We’ve got a good team going forwards,” Manchester City striker Sterling told Sky Sports News. “The attacking players that we’ve got – Jamie Vards has been on a good goalscoring streak so far, Ross has been doing really well for Everton this season.

“Counter-attacking football – (it’s) really exciting. There are players in the team that can score goals. The new players have done well. It’s exciting times for England.”

England sailed through their Euro 2016 qualifying campaign but now face a strong examination of their progress against Spain and France.

“We had a good run in qualifying but this is the real challenge now, against some of Europe’s best teams. It is a good test to see where we are,” said Sterling.

Sterling is hoping Vardy, who will attempt to match Ruud van Nistelrooy’s record of scoring in 10 successive Premier League matches when Leicester travel to Newcastle on November 21, can be a matchwinner for his country.

“Obviously to have him in the national team is really good. Hopefully he can keep scoring goals and bring that form into the England squad. Hopefully his goals can win us some matches in the future.”

The focus will soon shift to tournament football next year in France. Sterling played all three games of England’s World Cup finals campaign last year, as the Three Lions disappointingly exited at the group stages.

Nevertheless, it was an experience Sterling insists he learned much from, and he is hoping the current crop of youngsters, including Tottenham duo Eric Dier and Dele Alli, will follow suit.

Dier and Alli will be hoping to impress Hodgson, who is having to contend with an injury list that includes Phil Jagielka, Jack Wilshere, Alex Oxlade-Chamberlain, Danny Ings, Daniel Sturridge and Danny Welbeck.

“The manager’s brought a lot of young players in,” Sterling said. “I’ve been with the team since I was 17. It’s always good to get the experience under your belt, to be around the squad and be learning what tournament football is like.

“I was there in Rio. It’s always good to have the stuff under your belt. The young players and myself will be happy to be here and learning every day as we go in.”