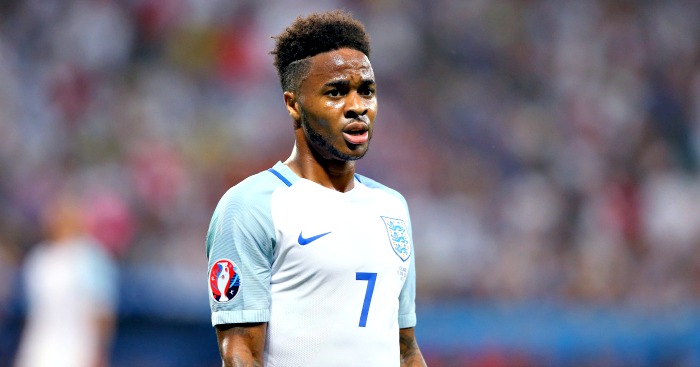 Raheem Sterling is said to be “really upset” after The Sun branded a video of the England star showing people around his mum’s new house as “obscene”.

Sterling returned home on Tuesday with the rest of the England squad following the Three Lions’ embarrassment at Euro 2016 and the tabloid is not ready to forgive the 21-year-old for his below-par performances.

Their front page carried the headline ‘Obscene Raheem’ after a video emerged on social media of the Manchester City winger showing friends around a house, which was described as “flashing a show of wealth”.

The Sun acknowledged in paragraph 39 that it the house was not thought to be Sterling’s, but it has since emerged that the home was bought by the 21-year-old for his mother.

A friend of the former Liverpool star told Manchester Evening News: “Raheem and his family are really upset that the fact he’s bought a nice house for his mum is being used to hammer him by the media and make him the scapegoat for England’s failure.

“He flew back from France into Luton with the rest of the squad and instead of going back to Manchester, he went to visit his mum who lives just outside London as he hadn’t seen her for a few weeks.

“He bought her the house as a thank you for all her support and help. Now to have his mum’s private life and house being mocked and thrown into the public spotlight has left him furious and frustrated.

“To say he doesn’t care about England going out of the Euros isn’t just wrong, it’s an insult.”

Sterling was born in Jamaica before emigrating to London as a seven-year-old. His absent father was murdered back in Jamaica two years later. The youngster was signed by Liverpool from QPR as a schoolboy, before Manchester City paid £49million in 2015.

Sterling’s lawyers are understood to be examining the footage, and its use, to see if they breach UK privacy laws.