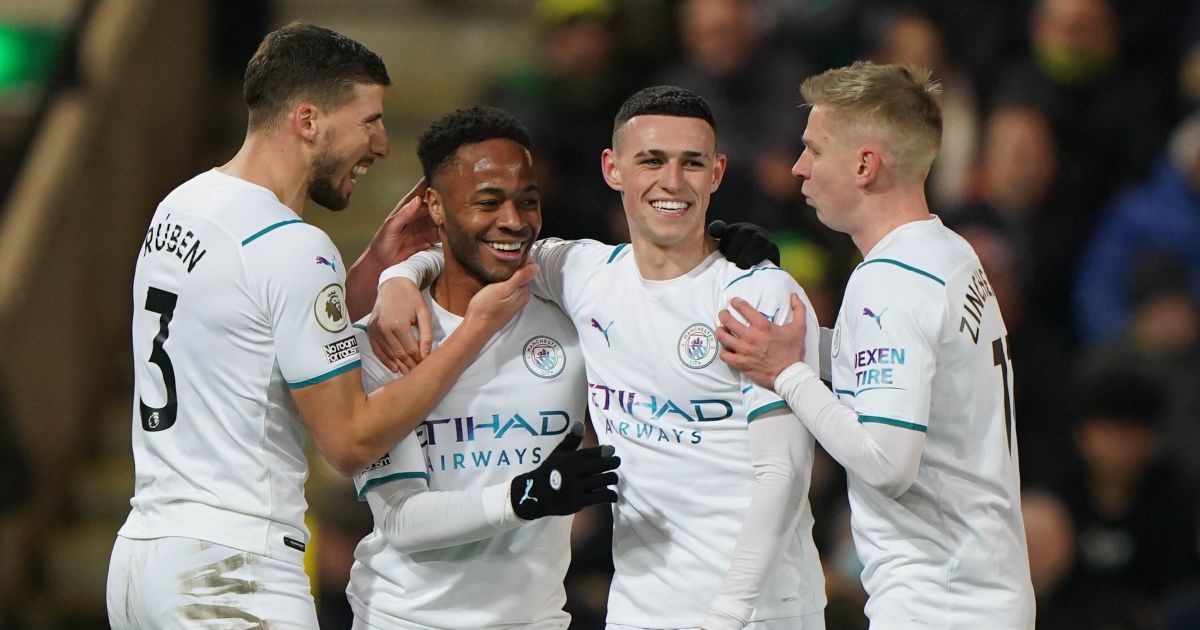 A hat-trick for Raheem Sterling and a predictably emphatic win for the champions. You can set your watch by them.

Beating Norwich isn’t the definitive proof of anything for anyone, but this was yet another Manchester City clinic. It feels like they’ve played this exact match a dozen times already this season.

They are, and you may want to sit down before taking in the sheer heat of this take, quite clearly the best team in the country and will win the league.

But the difference between them and everyone else is just the sheer holding-at-arm’s-length control they are able to take in games.

They’ve taken the lead in 20 Premier League games this season, which is pretty good but it doesn’t make them stand out from their rivals. Liverpool have also led 20 games, Chelsea 19 and even Manchester United – who are just awful – 17.

Norwich even played quite well before losing 4-0 in entirely predictable fashion and frankly blameless fashion. The Canaries are feeling as good about themselves as at any time this season having taken seven points from their last three games, and started the game in lively fashion. They had a couple of half-chances and snapped into tackles and counter-attacked with purpose and pace on the few occasions City allowed such frivolity.

But slowly, surely, the champions tightened their grip. From the moment Sterling curled home the first of his three goals there was not a shred of doubt about the result, nor that further goals would come. Sterling had a lovely time and even managed to parlay missing a penalty into a perfect hat-trick. Even when it goes wrong for City, it still goes right.

For Norwich the frustration will come not from the result, which they must have expected, but that this creditable performance on the back of a few others probably comes too late for a concerted bid for survival. Everton are likely to be good enough often enough to stay clear, and Newcastle should disappear over the horizon now, leaving Norwich doomed. But hey, at least they’re starting to look well placed for next year’s promotion back to the top flight. This is Norwich. This is their destiny, seemingly now doomed forever to fulfil what has traditionally been the West Brom role of too good for the Championship but not good enough for the Premier League.

No such worries for City, who are far too good for the Premier League right now. This was a predictably comfortable win, away from home, against opponents who played as well as could reasonably be asked and it was done without Kevin De Bruyne, Joao Cancelo, Gabriel Jesus, Jack Grealish, John Stones or Aymeric Laporte even having to set foot on the pitch.

Right now City nearly always score the opening goal of the game, and always win the game when they do. It’s a pretty solid system. Everyone should try it.