Home All The News Sterling, Henderson made MBEs in the Queen’s Birthday Honours 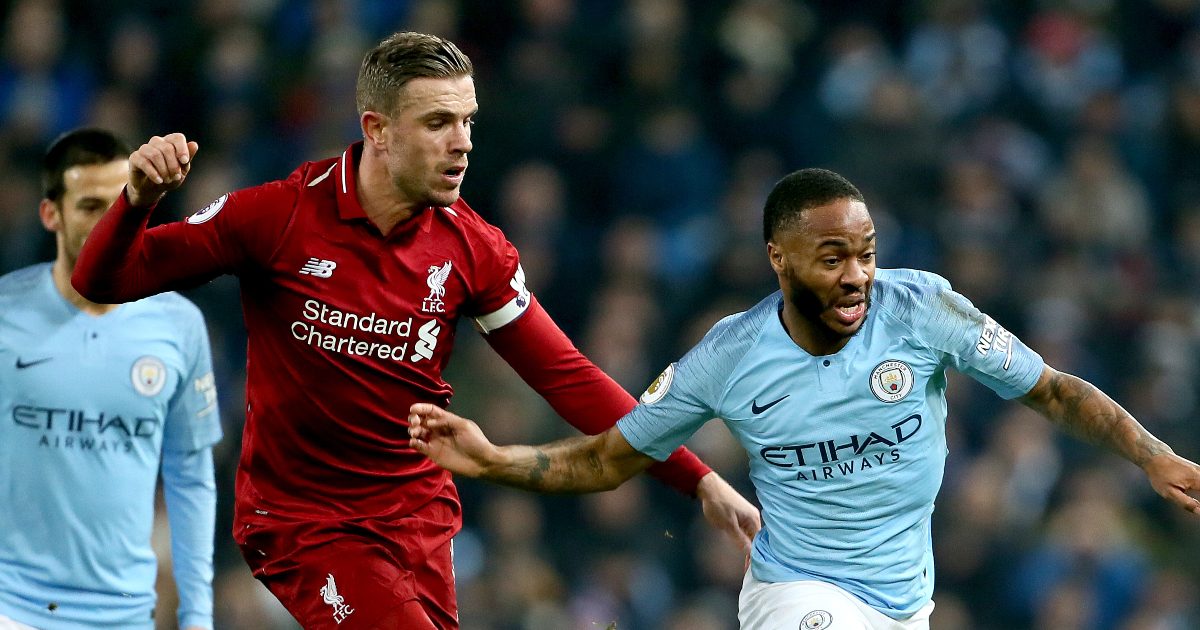 England duo Raheem Sterling and Jordan Henderson have been made MBE’s as part of the 2021 Queen’s Birthday Honours. Roy Hodgson has received a CBE.

Manchester City forward Sterling has been honoured for racial equality in sport, with Liverpool captain Henderson receiving an MBE for services to football and charity, particularly during the Covid-19 pandemic.

Hodgson is awarded a CBE for services to football. The 73-year-old, who left his role as Crystal Palace boss at the end of the season, was England manager from 2012 until 2016.

Midfielder Henderson, 30, helped guide the Reds to Champions League success in 2019 and the Premier League title in the disrupted 2019–20 campaign.

Off the field, he also had a leading role in the #PlayersTogether initiative, which was announced in early April last year at the height of the coronavirus pandemic which saw football and other sports all come to a halt.

Premier League captains worked together to help establish a joint contribution fund which was directed to the NHS Charities Together group for distribution to good causes working to provide support to NHS staff and patients.

Henderson said he was “humbled” by the award and insisted he was only part of a movement among with his Premier League counterparts, and he dedicated his honour to NHS staff.

Having thanked those who made the initiative a success, he said: “But the true heroes are the NHS staff. They put themselves in harm’s way to serve and protect us.

“Therefore I dedicate this to all the nurses, doctors, carers, porters, admin workers, cleaners, security personnel and every single individual who devotes their career and their lives to making the NHS the part of British life we are rightly most proud of as a nation.”

Who do you think will #EURO2020? Who will be top scorer? Where will England finish? 🏴󠁧󠁢󠁥󠁮󠁧󠁿 @marksmithstuff asks @pete_farries and @scottallenutd for their predictions…🔮

Sterling, part of the City side which won the Premier League title last season and reached the Champions League final against Chelsea, has continued to front anti-racism and discrimination campaigns.

The 26-year-old has been subjected to vile online abuse throughout his career for both club and country.

Speaking about why England players will again take a knee in the upcoming Euro 2020 finals, Sterling expressed “real disappointment” that some fans have not understood the reasons behind it and booed the gesture at recent games.

On his MBE, Sterling added: “I am grateful to have been recognised, but my priority is to try to help to educate society and myself. If it doesn’t start from within, then there’s no way you can help others. I’m learning every day.

“My motivation for racial equality is to get people to understand the difficulties people from diverse backgrounds face and create an environment where everybody is equal. I feel we are starting to make a step in the right direction, but we still have a lot of work to do.”

Hodgson stepped down from his role at Selhurst Park following the final game of last season to mark the end of another chapter in his distinguished managerial career.

It all began with Halmstad in Sweden back in 1976, before Hodgson guided Malmo to five consecutive Swedish league titles between 1985 and 1989.

Hodgson also had stints in charge of Switzerland, Inter Milan and Blackburn as well as the United Arab Emirates and Finland national teams.

In 2007, he returned to English football with Fulham, guiding the west London club to the 2010 Europa League final, before taking on the Liverpool job, albeit lasting just six months at Anfield.

After an impressive spell with West Brom, Hodgson stepped into the England hot seat following the resignation of Fabio Capello.

Hodgson went on to guide the Three Lions through Euro 2012 and on to the 2014 World Cup in Brazil, where they failed to progress from the group.

He left his post following Euro 2016, which ended in a shock defeat to Iceland in the last 16.

In September 2017, Croydon-born Hodgson returned to his boyhood club, where he had played in the Palace youth ranks, to replace Dutchman Frank De Boer.

Hodgson will be 74 in August, but has not completely ruled out a possible return to the game he loves one day.

“It is a dangerous thing to start making bold statements about retirement and this is the end of me,” Hodgson said following the announcement of his departure from Palace.

“I really am stepping down from the club and stepping away from football for a while, but who knows what the future will be?”