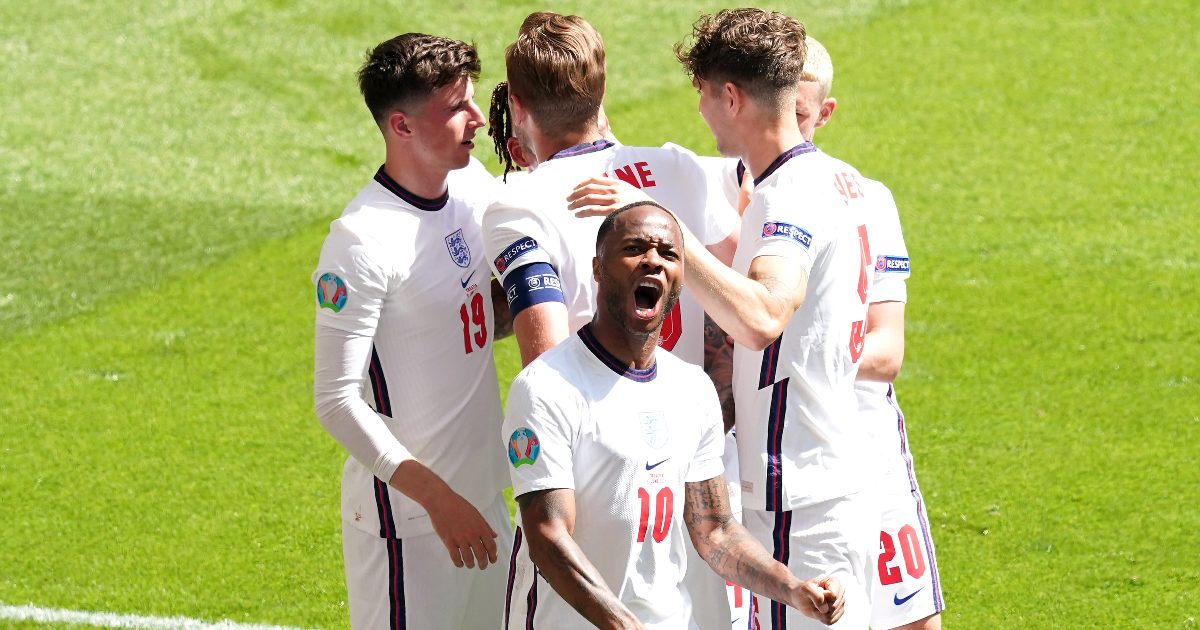 Raheem Sterling has suggested that he has focused on “blocking noise out” from the outside world ahead of the European Championships with England.

The Manchester City forward was born just a stone’s throw from Wembley Stadium and was the toast of the town as his second-half strike earned England a 1-0 triumph – the first time they have started a European Championship with a win.

The 26-year-old has a good scoring record for England in recent times, having netted 12 in 16 going into the Euros.

But he had never found the back of the net in either a World Cup or European Championship in his previous 12 appearances, breaking that duck by tucking home a slide-rule pass from Kalvin Phillips.

Sterling’s selection was questioned ahead of the game, with his form at City towards the back of the season seemingly a cause for concern for supporters.

But Sterling revealed he has been playing long enough to be able to keep himself closed off from the outside world in terms of personal criticism and tournament expectations for England.

“You see at the end boys digging in deep. I keep banging on about the weather, it was difficult conditions, the pitch was dry, but we didn’t make any excuses.

“To be honest with you, I think one of the things, playing football and being in major tournaments for a long time now, is knowing when to block noise out and that’s what I’ve done.

“I’ve blocked the outside world off and just had to focus on coming into this tournament with a clear head, fully focused to help my team and that’s the most important thing.

“I haven’t tried to listen to any noise outside, focus on myself. I know what I can bring to the team and it’s as simple as that.”

Sterling scored once in his last 16 appearances for City at the end of the season but insists that is “totally irrelevant” as England now turn focus onto preparations for Friday’s game against Scotland.

“There are a lot of different reasons I haven’t scored for my club and that’s totally irrelevant now,” he told BBC Sport.

“I’m here with England, I’m enjoying my football and that’s the most important thing and I’m just happy to score.”

Asked about finally scoring at a major tournament, he added: “It’s great to break the duck.

“At the same time, I’m focused. I’ve not really taken into account that I haven’t scored in a major tournament before.

“It’s good to get on the scoresheet, I’m a person that’s hungry for goals but at the same time I know the true value of a team.”