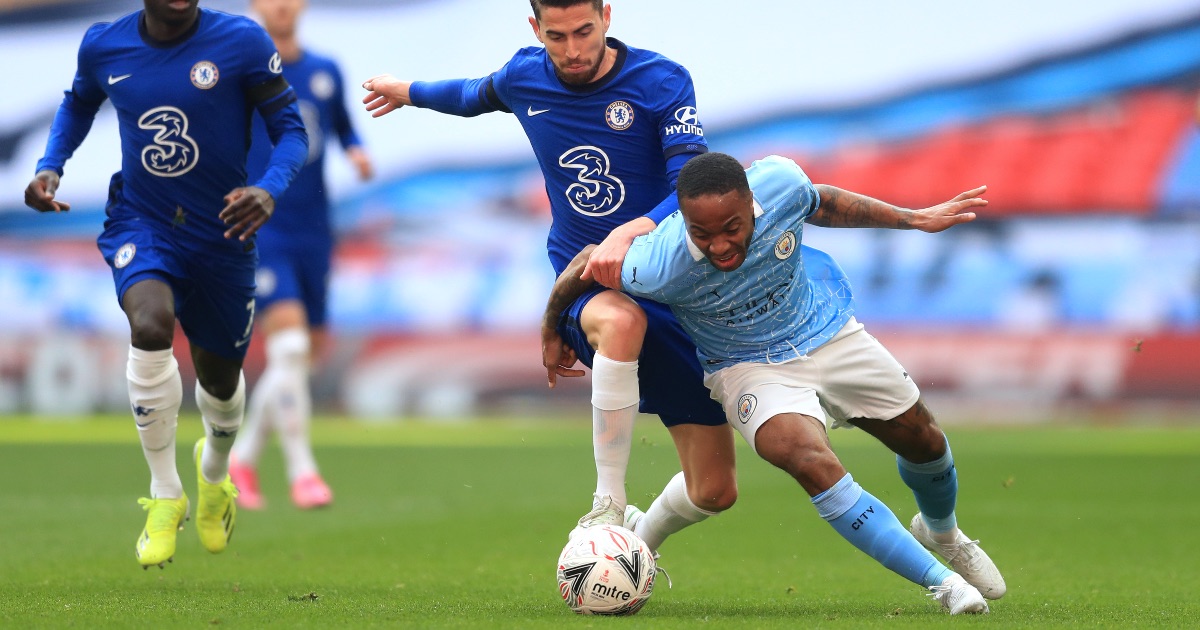 Keep those mails coming to theeditor@football365.com.

What the hell Pep?
Now that was absolutely bloody awful. Fair play to Chelsea with their great defensive shape and opportunities on the break, they deserved to win. But what the hell was that from Pep?

Ok to win 4 trophies you need to rotate, but sticking everyone who’s either out of form or has been useless for a while in the team at the same time, what does he expect? I called it before the game, said to my mates it was gonna be awful, I take no pleasure in that but why couldn’t pep see it?

I can only imagine that he doesn’t care about the cup and wants to make sure of the league or that’s just mental. And oh my god sterling, what has happened to him? He’s an absolute liability now and ruins nearly every attack he’s involved in.

Chance of history and he does that. I wouldn’t mind if we didnt do it because obviously a quadruple is nearly impossible but to give away like that is complete bollocks. Arrgh!
Andy, Cheshire

Justice for football
The papers including F365 were inundated with how Man City were on the cusp of becoming the greatest English team of all time. A pundit also claimed that the greatest obstacle to City winning the ‘Quadruple’ was Bayern Munich totally discarding BVB and Chelsea whose ties they were yet to navigate.So with a popcorn and bottle water in my I sat among ‘friends’ and ‘foes’ in a viewing center here in Lagos to watch history unfold, we were reminded again by a commentator just before kickoff how City were going to be the greatest English team of all time by winning it all. Poor Tuchel, I wonder what he made of such scare-mongering commentary.Bless him. He wasn’t listening to the commentary or if he did, he couldn’t care less(ask Jose).The 22 men from both sides ran and kicked the round leather for 95 minutes and it was Tuchel’s Chelsea that prevailed even with a Kepa in goal.Justice. This is justice for all of us who had to put up with their Quadruple talk.

And this might be justice for football.
Idam Augustine

City burnout
I had a nice return on Chelsea beating City yesterday as I couldn’t see City winning that game given the Chelsea improvement over the past few months when compared to City’s current situation.

City are a very good side but I don’t buy into some of the hype surrounding them this season. The Covid situation has seemed to result in a lot of games being played as training ground type matches with reduced levels of intensity which absolutely suits City’s possession and tempo control approach to football.

They have been on a great run since November and it has been impressive but look closely and they havent had to do a great deal to win those games against limited opponents with limited ambition. When they come up against decent opposition with ambition they seem to stumble and don’t have any alternatives from the bench to change games. It’s more of the same when Pep makes changes if he is chasing the game.

Are they burnt out? Not so sure as everybody is playing a crazy amount of fixtures and they have the squad numbers and quality to cope. I think PSG will beat them in the semi-finals of the CL and who knows….Jose may just pull a rabbit out of his backside and leave Spurs with a trophy!
Plato – MUFC

FA Cup Finalists yet again! Our third in four years, a true achievement for this side and Tuchel.

Not sure what tasted sweeter, getting to another Cup Final or derailing the mythical quadruple for Manchester City.
Mikey, CFC 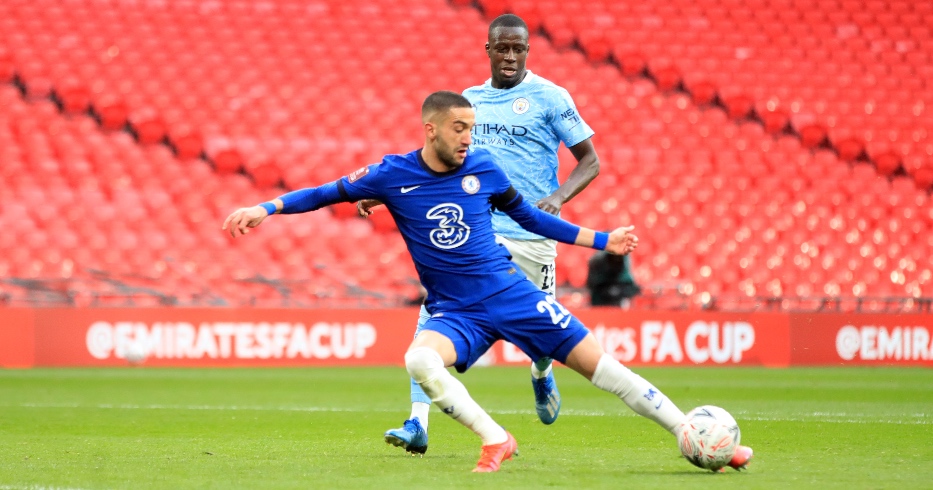 Fernandinho disgrace
60 mins up in the first FA cup semi final and I can’t believe how man city still have 11 players on the field.So far Fernandinho has stepped on Mount’s face, slid into him and caught the back leg in am extremely malicious tackle(likes of which break ankles), impeded Werner by hacking him down and then holding on to mount by the waist and pulling him back by both arms.
He has now got a yellow card, while Mount walks off the pitch limping.
Every time I watch Fernandinho play, it feels like he can get away with dirty fouls, mad tackles and face grabbings with the Mike Deans on the pitch just wagging a stupid finger at him while holding off the card as long as they can.
It’s a fucking disgrace if One of the best young English midfielders goes on to miss the rest of a very promising season for Chelsea because an injury caused by a dirty egg of a player whose only skill set is hacking down those more talented than him and then faking an injury himself.
– The smoking Gunner

Xhaka is far from dross
I agree with everything Gary K in one of the last mailbags said, except when he spoke about getting rid of dross in Arsenal and put in Xhaka in that list.
Xhaka might have been dross last season or the season before that but if you’ve consistently watched Arsenal play this season, he’s one of the guys who has given us at least 6/10 every time. Yes, there was the brain fart against Burnley, but can you remember another one?
Xhaka has played midfield, left back and center back this season, all without showing weakness. His tackling and positional awareness in defensive plays have improved dramatically. Without checking stats, I’d opine he’s one of our top 3 interceptors this season, if not number one. Xhaka has learnt to play within his element which is why he doesn’t run forward so much anymore and he reads the game quicker. Don’t want it to seem like I’m a fan because I never liked him till this season, but Xhaka is not dross, man. We should keep him.
Otito (Lagos, Nigeria.)

Like the Grammy or Oscar awards, Manager (or Player) of the Year awards are so fickle and subjective. In reality it has to either be Guardiola- City have been colossal this year – or someone who at the end of the year has shown significant improvement over expectations. But how do you determine the baseline as to what would be the expectation?

Does a promoted team who not only stays up but gets into the top 10 defy expectations? So making Bielsa a possibility? He at least has shown he lacks fear in always taking to any team.

Does a team who had acquired a lot of talent in recent years but somehow find a way to waste it, then find a manager that makes the team play to how we thought they should – make the manager worthy? West Ham compiled a lot of talent over the years. Moyes benefits from having a stocked squad with underperforming predecessors.

Rodgers might be in with a shout with Leicester squeezing in between the ‘top six’ for two years in a row, assuming they don’t implode again. Sure, they too have spent but not to the same level as the top six and a few others like Wolves and West Ham. But if he stays in the top four this year, will he get a nod?

For all the flack Ole gets, you’ve got to imagine that other than a few Utd alumni, few would have seen Utd in second place. It doesn’t look like they are going to let their guard down enough to be dislodged by season end. However, it would be a tough call to pick a second place Manchester manager over a first placed one.

So who else should or could be in contention and what are the parameters – especially if not winning the league – that should be used?
Paul McDevitt

Kneeling not enough
I was waiting for the full investigation and official statements from UEFA on the Ondrej Kudela racism incident.
Yet here we are having the Czechs condemn the 10 game ban handed down the Slavia Prague player (the minimum allowed) while some Scots have also condemned it…for the opposite reasons.
UEFA haven’t commented other than to say they wouldn’t normally comment.
They’ve given him the same ban as Tripppier for his betting transgrations and that’s that.
They’ve just presumed his guilt handed down a punishment and gone “well that’s that then”, right at a time footballers are being racially abused online after just about every single game.
It seems we need to do more than kneel for 30 seconds before games who knew….
Gibbo (MUFC down under)

Eto’o Barcelona treble
Last night I entertained myself to Johnny nic’s piece on the underappreciation of the great Samuel Eto’o fils and I’ve got to say Johnny is one of my favorite writers on this site. I get he can be quite controversial at times but why not? Why write articles on cliche topics when you can give the readers something to ponder on.

For me Eto’o is the greatest striker to come out of Africa if not the world, his titles, awards, impressive numbers and all round personality tell the full story. If Eto’o was english or white trust me the media would have likened him to Pele, shearer and the greats. Is it any surprise that Barcelona have found it hard to replace him ever since his departure, it’s not easy to fill the shoes of a legend ask Ibra, Griezmann etc.

That old man celebration for when he scored for chelsea was an absolute classic. What a guy!

I see him managing the Cameroonian national team one or two years from now, getting them all the to Africa nations cup final but edged by a last minute goal against Nigeria. Which will lead to a fallout with the FA our player selection, he’ll then take the role of assistant coach at Barcelona, will eventually take charge of the first team when the coach gets sacked and win the treble with them.
This I have seen.
Alaribe G. Festac, Nigeria

UEFA qualification question
Can anyone here help answer this?

Come this May 29th, when the final whistle blows at Atatürk Olympic Stadium, would the below nine Premiership teams qualify for either the UEFA Champions League or the Europa League (at whatever stage) given these final results:

For its second full sentence, the Premier League’s webpage dedicated to explaining the conditions of European qualification simply states the following:

“The maximum number of English teams in UEFA competitions is seven.”

If it seven, which two of the above nine teams get bumped off?
Ebrahim, MUFC, Seattle