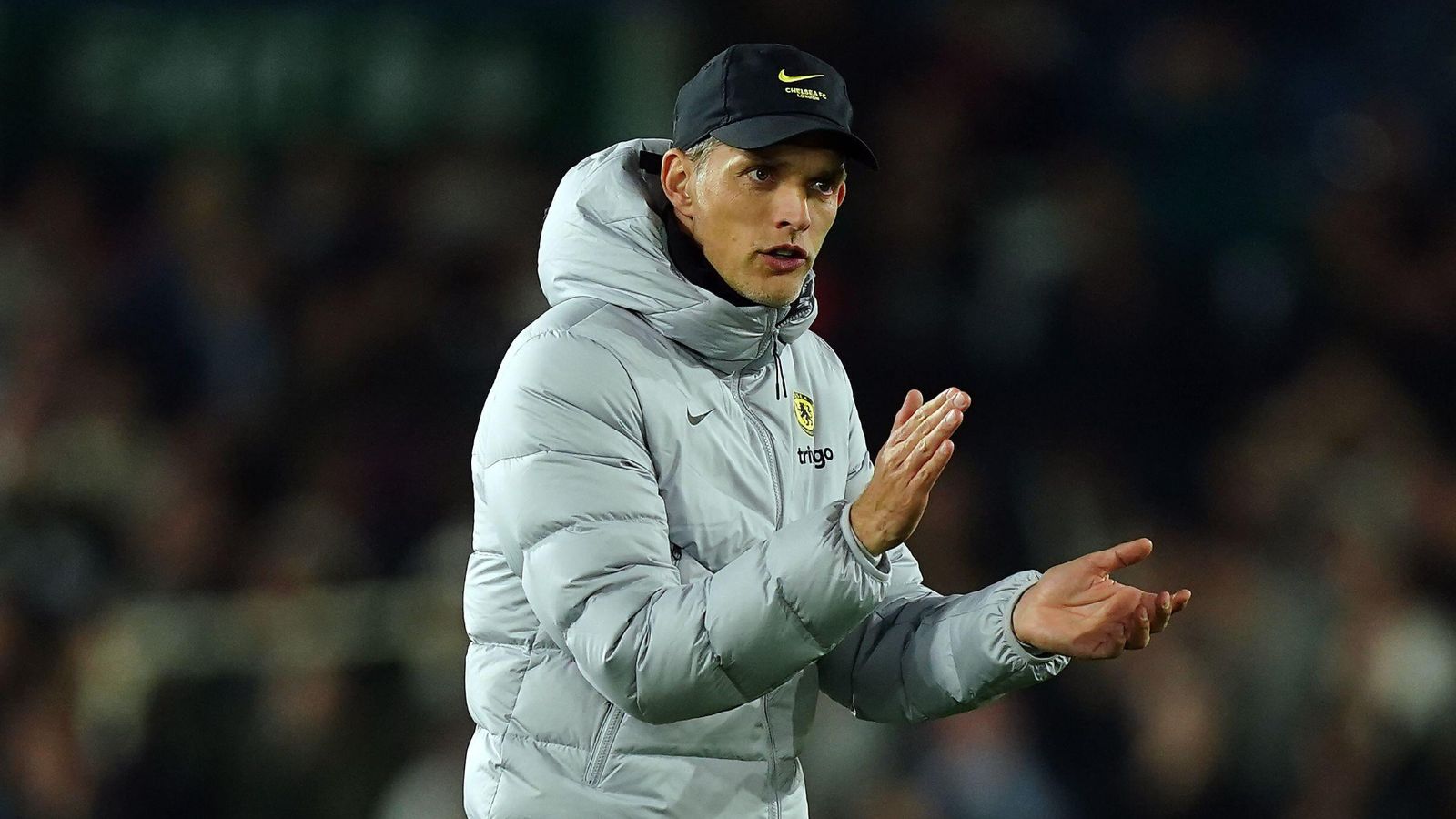 Thomas Tuchel is reportedly targeting players this summer with a shift of system in mind at Chelsea.

The Blues boss has stuck rigidly with a 3-4-2-1 system for the last 18 months, but The Athletic claim that decision has been a pragmatic one, with the limitations of his squad in mind.

That’s ‘particularly with a view to maximising Thiago Silva and Jorginho’s qualities while minimising their weaknesses’.

But the report claims there are ‘strong indications’ Tuchel is looking for new signing to ‘ease the transition to a different system’ with a back four.

The German manager wants to ‘deploy true wide attackers’, which, the report claims, explains their pursuit of ‘aggressive winger’ Raphinha from Leeds.

The report continues: ‘There is even a possibility that 4-4-2 could be used, with Raheem Sterling deployed more centrally if Boehly manages to close a deal to sign him from City.’

It’s all part of a new strategy for signing players at Chelsea, as Boehly takes direction from Tuchel on transfer targets at the club.

The Chelsea manager is said to be using data from an analytics company he has worked with since his time with Borussia Dortmund to inform his recommendations, with Raphinha said to have scored particularly well against other options aged 25 and younger in terms of chance creation.

Chelsea are said to be ‘closing in’ on the £45m transfer of Sterling.

The Blues have been linked with the England international ever since it was revealed Pep Guardiola’s side would listen to offers, and it’s thought both Tuchel and Sterling himself are keen to get the deal done.

Chelsea will likely have to clear the decks somewhat should Sterling arrive, and Calciomercato claim Hakim Ziyech has agreed to move to AC Milan.