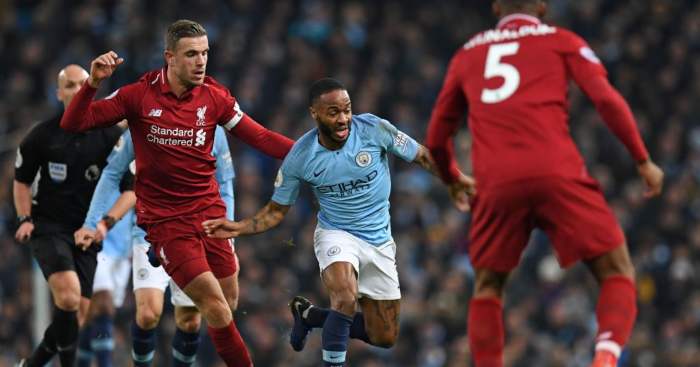 Sterling became the most expensive English player of all time when he left the Reds to join City in 2015 for a fee of £49million.

The England international has been a success at the Etihad Stadium, winning two Premier League titles, an FA Cup and two League Cups in his four seasons at City.

“When I got into Liverpool I said if I haven’t won the Premier League by the time I’m 21 I need to look at my options and see what I’m doing there,” Sterling told GQ magazine.

“I put that into place from a young age. And I came to City and won my first Premier League.

On negative press that he left Liverpool for the money, Sterling added: “There was a point when I left Liverpool I actually thought, ‘Why should this little black kid have this money?’

“That’s at one point how I felt, the stories that were coming out…Why should he?”

On Pep Guardiola, Sterling continued: “He has challenged me, never let me be comfortable. Every year he has bought a new winger.

“He’s demanding, but it’s good. It makes you want to do better and – I don’t know how to explain this – makes you want to prove to him and show him every time you go on the field you’re playing for your position in his team, because of the numbers we have and the quality we have as well.”