Home Liverpool Sterling: Sancho ‘reminded me of myself going to Liverpool’ 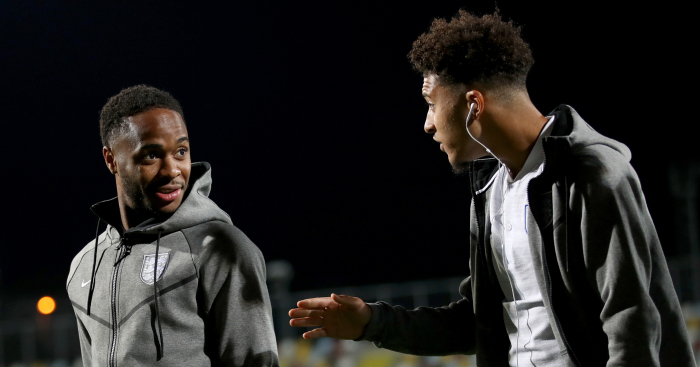 Raheem Sterling was reminded of a younger version of himself by Jadon Sancho‘s ambition to move abroad.

Sancho joined Borussia Dortmund in summer 2017 after apparently ducking the “challenge” of breaking through at Manchester City.

He has since established himself as one of the world’s best young players in Germany, earning Champions League experience and England caps.

Sterling, who left his home in London at the age of 15 to join Liverpool, saw comparisons with a 17-year-old Sancho making the brave decision to move abroad for his career.

“When he first mentioned to me he was thinking about going abroad, even though he was a City player, I was happy to hear that from him,” Sterling told Sport360.

“To see that confidence, it reminded me of myself when I went to Liverpool.

“To have a couple of London teams and Liverpool to go to, I chose the further option, to have the time out away from my friends.

“So when he said that to me about going, I knew he had a massive chance to go on to do big things.”

Sterling said he knew Sancho was a “talent” after facing him in training.

“First day I’d seen him training with us, I was really happy to see such a talent,” he added.

“I always knew he’d become the player he has, for sure. From minute one.

“I was playing right back against him one day in pre-season training and he spun me back and I nearly did my back in. He’s a great talent.”