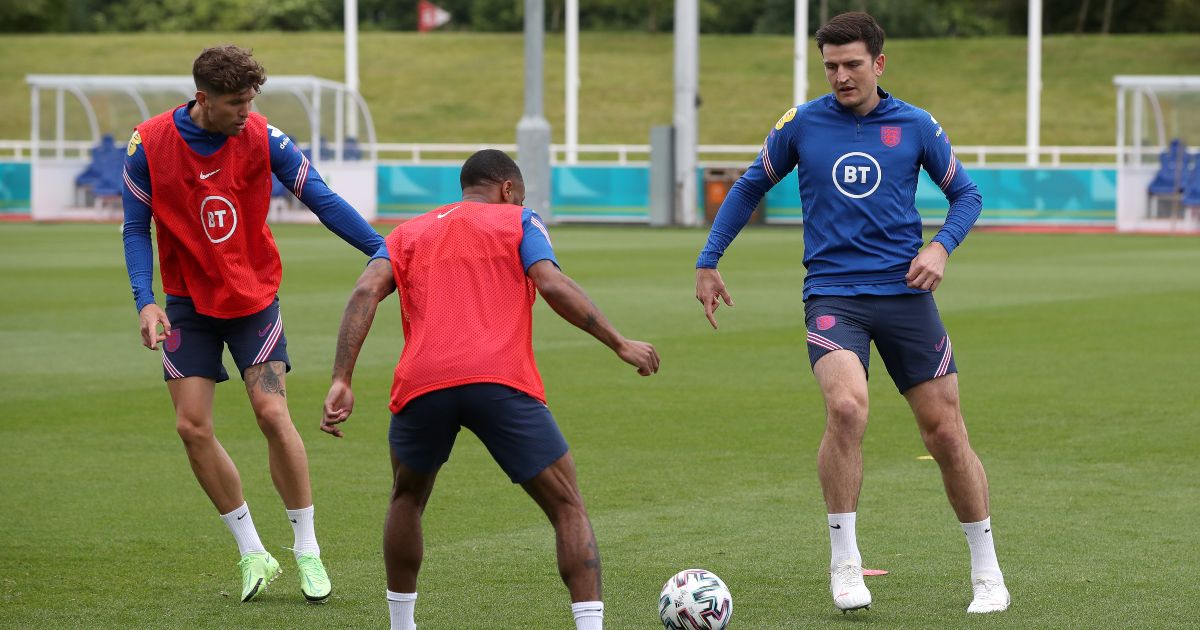 Harry Maguire trained with England on the eve of their Euro 2020 opener against Croatia, while reports claim Raheem Sterling will start the game.

The Three Lions kick off Group D on Sunday afternoon against the side that broke English hearts in the World Cup semi-finals three years ago.

Maguire was a mainstay of that side but his place in the England backline has been in jeopardy since sustaining ankle ligament damage on May 9.

The 28-year-old sat out the rest of Manchester United’s season, including being an unused substitute for the Europa League final loss to Villarreal, and began training with the England squad on Thursday.

Maguire’s availability for Croatia looks doubtful, with Gareth Southgate telling ITV on Friday it is a “long shot but he is further ahead than we thought he might be at this point so we are certainly not going to rule it out”.

Jordan Henderson also trained with the group as he builds fitness, but goalkeeper Dean Henderson – set to be back-up to Jordan Pickford this summer – was not involved due to a knock.

Meanwhile, the Daily Mail claim that Sterling – who has fierce competition for a starting berth – has won the ‘race to start the European Championship opener’.

There had been doubts about whether he would start with Southgate particularly blessed with attacking options but the England boss has decided to throw ‘caution to the wind’ and start the Manchester City winger.

The newspaper describes Sterling as ‘one of Southgate’s untouchables’ and ‘with Harry Kane, Mason Mount and Sterling expected to start, two of Marcus Rashford, Phil Foden and Jack Grealish would miss out.’

The ‘feeling in the camp’ is that Grealish will begin the tournament on the bench, while despite ‘carrying niggling injuries’ Rashford ‘remains a favourite of Southgate’.

Sources also revealed to the Daily Mail that it would take a ‘miracle’ for Maguire to start against Croatia with Tyrone Mings and John Stones likely to get the nod.

Speaking yesterday, Southgate believes the delaying of the Euros by a year could prove beneficial for his squad, which has the second youngest average age, behind Turkey.

“Of course everybody else has had another year’s football as well so we should always remember that but it’s definitely a good thing that a lot of our players have had maybe seven or eight more caps, big matches with their clubs and had that confidence that comes from playing in those big games.

“Some of them have had great success in those big games as well, which is also an important factor.”